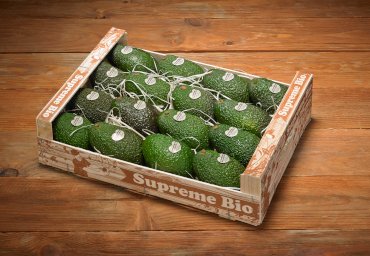 The lack of profitability due to the imbalance between offer and demand continues to hamper the sector. The manager from Frunet believes that prices will carry on dropping.

For some time now, the entry of companies with mixed conventional and ecological produce has disrupted the prices. Also, third countries such as Morocco are becoming interested in eco production and, in the same way, bio production is increasing in other European countries. Antonio Lavao, the manager from Frunet, advanced to Fruit Today in 2018 that “not 100% of consumers are potentially bio users and I am almost certain that there will be a crisis in the supply.” He was right. What will happen with the prices if the offer continues to increase, as is the intention of the ‘From Fork to Table’ Strategy? “We think that prices will continue dropping until the current amounts are no longer being produced and the offer is balanced off against the demand. I think that this will happen sooner rather than later, because there are many companies and farmers that are tired of low prices and, in one way or another, they will stop producing in order to stop losing money; I think that some farmers will go back to conventional crops due to a lack of profitability,” he states.

Although he affirms that the European strategy seems “very interesting” to him, Lavao is sceptical about a fundamental aspect, “if the demand does not rise, there will be even more pressure to lower the prices,” He also comments that “if we put more regulations on Spanish farmers and then we have to compete with Morocco, which doesn’t have the same regulations, or the same labour costs as us, it doesn’t seem such a good idea.”

Frunet invoices 38 mill. €/year (2020) and it exports 90% of its volume. With Covid-19 there have been no important advances in destinations outside the traditional ones; therefore, its market extension project to destinations such as Canada, Asian and Arab countries has not made much progress.

The pandemic has also had repercussions on the demand. “In general, the most basic products in the shopping basket have been maintained or have even increased. And the more exotic or speciality products have decreased.” In the case of Frunet, it continues to grow in two of its key references: pineapples and mangos. “In general they are working quite well.”