“Bío crops have to give enough to live on” 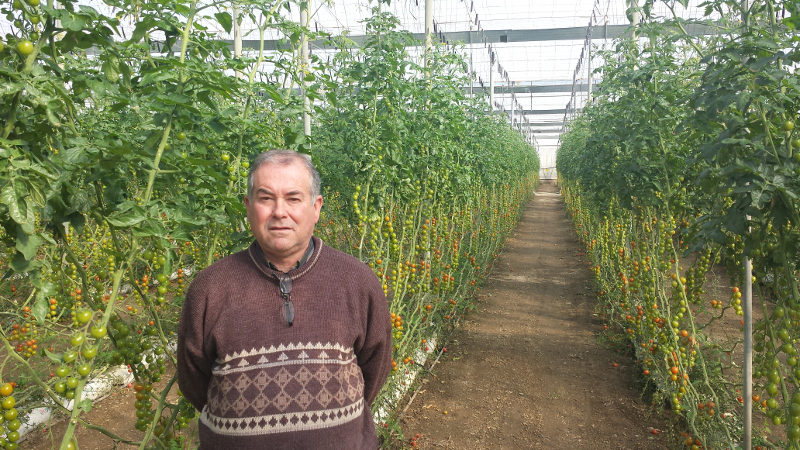 Coprohníjar continues its commitment to this segment, but cautiously.

If the road map laid out by the Farm to Fork Strategy is met, in 2030 25% of the EU’s farming and livestock production will be ecological. An attainable goal, but “whenever it is profitable for the farmers, because it has to provide enough to live on,” explains Juan Segura, chairman of Coprohníjar, recalling that there is a 20% increase in the cost differential of bio produce compared to conventional. “This is the reason it has to be more expensive.”

Regarding the EU’s goal of a 50% reduction in plant protection products by 2035, Segura states that “they are talking as if we were still in the 1990s, but today’s chemicals have nothing to do with the ones used previously, they decompose quicker and are much more inoffensive. It is becoming increasingly difficult to farm because the active ingredients are weaker, but it would be impossible to continue at the same rate without them.”

The company from Almeria has been committed to ecological farming for some time now. A few years ago, they opened up some specific installations for handling this line. Last year, the invoicing for its bio produce exceeded 22 million euros and in 2021, it expects to grow 5- 10%, reaching between 160-170 hectares of ecological crop area, with a potential volume of 18 million kg. However, Segura is cautious when talking about the future of ecological crops. An increasing amount of companies, like theirs, are opting for a mixed strategy (conventional and bio), and “everything that is not controlled causes chaos. Prices could become unbalanced.”

The cooperative is moving forward “step by step”. They are trying to respond to the growing demand by clients, adapting to their requirements and improving the offer and the processes, but maintaining a balance to avoid excesses. And the fact is that, as has been seen in previous years, prices for ecological produce are closely linked, not only to the offer of these products, but also to the offer of conventional produce. The most frequent case is that of cherry tomatoes. Partly because of this, they have chosen to move part of the bio tomato production to other vegetables such as peppers and cucumbers.

Currently, they offer bio tomatoes 12 months of the year (their main reference, with 60% of their volume in eco) and watermelons, courgettes, peppers, cucumbers, and aubergines, from September to June.