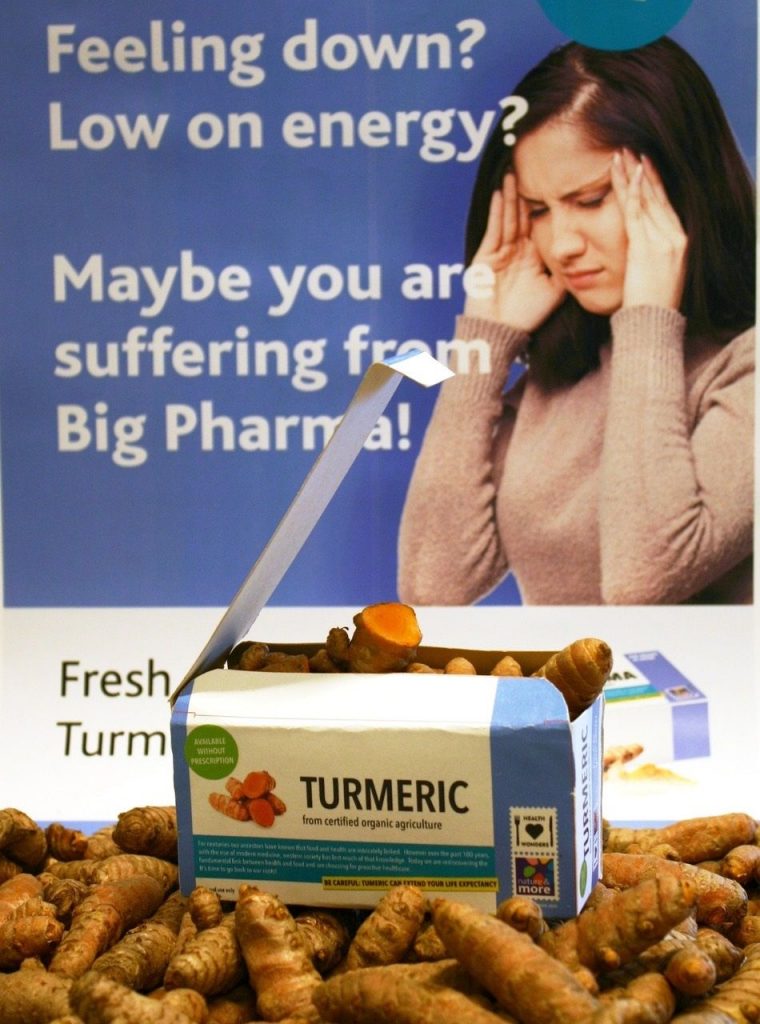 Eosta, the innovative Netherlandsbased marketer of organic fresh produce, has announced the launch of Health Wonders –a new range of nutrition-rich roots that can deliver considerable health benefits – in a
pillbox format that will be available in supermarkets and natural food stores across Europe.
Over 60% of deaths each year are caused by noncommunicable diseases¹, such as heart
disease or diabetes, which are often linked to a poor diet, so fruits and vegetables can
have an important role to play when it comes to proactive, preventative health care.

Health Wonders will focus on a range of roots – including several that are not widely known
– found to deliver positive health benefits, such as ginger, turmeric and ginseng.
Using the slogan, ‘Back to your Roots’, Health Wonders will launch with turmeric and will
be followed with a series of other roots, each sold in distinctive, pillbox-style packaging
that emphasises the range’s ability – in some cases – to function as an alternative to
mainstream, pharmaceutical drugs.

Health Wonders will be launched at Fruit Logistica 2017, the world’s largest fresh
produce trade exhibition, in Berlin, Germany on 09 February, with three actors set to
perform at sketch at the Eosta/Nature & More stand.

Eosta CEO Volkert Engelsman, said: “The whole health domain has been occupied for
years by vested interests who are focused more on making money than helping people. The
wisdom behind Health Wonders has been around for thousands of year and most
consumers realise that their wellbeing depends on good food, so under the slogan, ‘Back
to your Roots’, we decided to introduce this range of products.

“We are starting with turmeric which will be marketed by a campaign that says, ‘Do you
also suffer from Big Pharma? Well, maybe you should consider going to your greengrocer
and buying some turmeric’.

“The roots will be sold in a little pill pack – as you would buy medicines – and will include a
little, light-hearted folder with the ‘side effects’, such are consuming turmeric will give you
yellow fingers. Or if you take the whole issue of pills and alcohol, well we encourage a good
glass of wine while enjoying a nice meal with turmeric.”

“This has enormous potential both in health terms and commercially. This potential has
been ignored by the fresh produce sector for too long and we want to change that.”
Health Wonders will be available in health shops and supermarkets across Europe,
including in Germany, Scandinavia, Switzerland, Italy and France.

The launch of Health Wonders follows the successful introduction of another Eosta
innovation, Natural Branding, in conjunction with Swedish grocery retailer ICA, which is
aiming to eliminate wasteful plastic packaging from organic fruits and vegetables.
Instead of using costly, environmentally-harmful plastic foil, organic avocados and sweet
potatoes sold by the supermarket chain will feature Natural Branding, innovative laser
marking technology that can add a logo to a fruit or vegetable without compromising or
adversely affecting product quality.

Eosta and ICA estimate that the introduction of the technology will eliminate at least
725,000 plastic packaging units over the coming years. As more products and customers
are added, the number could easily run into millions.