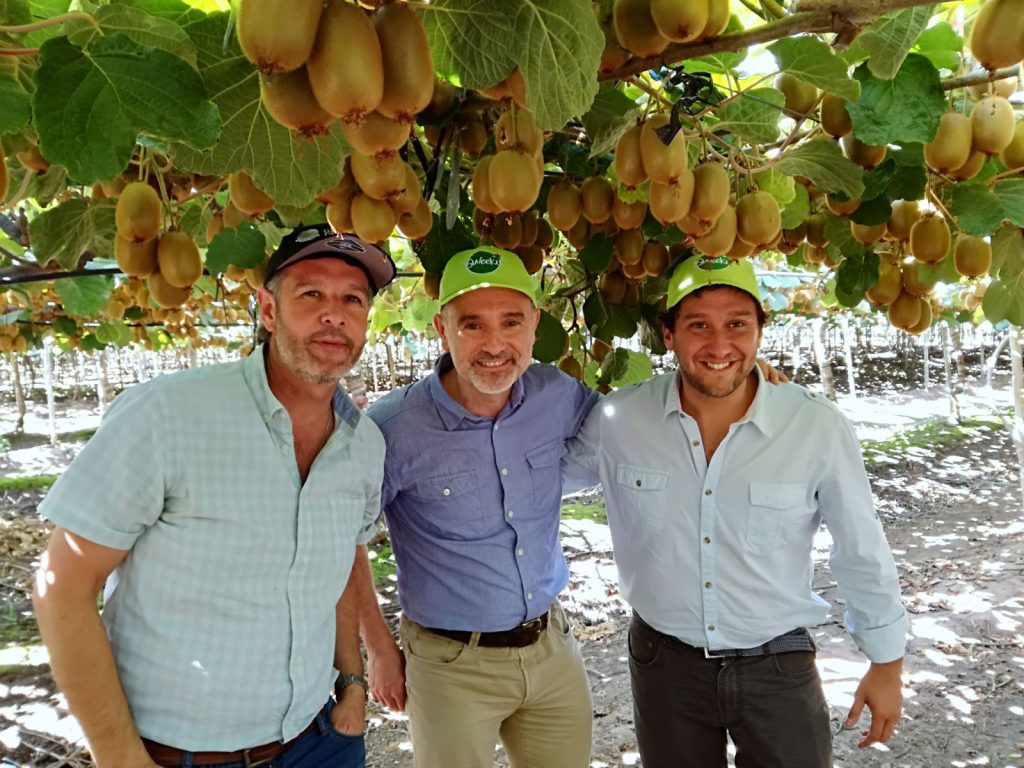 Alessandro Zampagna, General Manager of Origine Group, went to Chile for the start of the Chilean kiwi season. Among the 10 companies associated in Origine Group, there is David Del Curto S.A., historical Chilean company that, in a wide basket of fruit and vegetable products, produce high quality kiwis.

With Del Curto production from the Southern hemisphere, Origine Group is on the international markets, especially in Asia, all the year round with the top-of-quality brand Sweeki .

The first containers are leaving Santiago and will reach the Far East destinations in one month. Origine plans to sell at least 60 containers of Chilean kiwi this season. The all-year-round presence of Sweeki on the market is considered crucial by Origine Group in order to satisfy customers who are already buying the Italian kiwi.

In general, the present season of Chilean kiwi looks similar to last year in quantity, but with bigger sizes and a slightly later harvesting. The vast majority of the production is green kiwi, mainly Hayward, with good quality even though quite variable from an area to another.

The consortium Origine Group was founded August 2015 from the strategic alliance between few leading companies in Italy and Europe in the production and trading of fresh fruit and vegetables. The consortium – established by Afe, Apofruit, Fruit C2, Gran Frutta Zani, Kiwi Uno, Op Kiwi Sole, Pempa-Corer, Salvi-Unacoa, Spreafico and the Chilean group Del Curto – represents companies already firmly present on the domestic and international markets, with a total turnover of over 900 millions euro, which have joined their resources to provide a top quality product, working together on innovation and new varieties to look out into new emerging markets. This new alliance of Italian leading companies begins focusing its interest in two outstanding products of national fruit and vegetable basket, pears and kiwi, but the goal is to widen the interest also in other products. The production potential is over 200.000 tons of kiwi and pears. Two brands available: Sweeki for kiwi and PeraItalia for pears.