Mercabarna steps on the gas 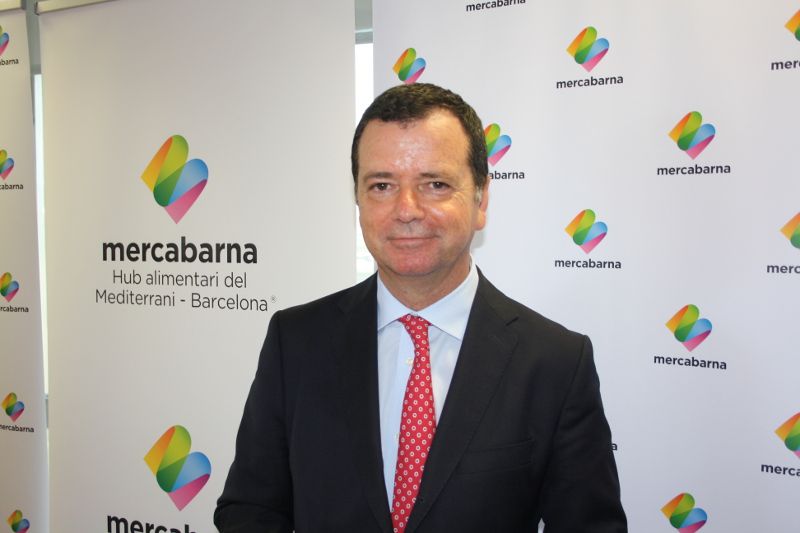 Its almost 2 million tonnes marketed puts Mercabarna at the top of the ranking of European Markets, ahead of Rungis and Madrid.

Apart from the figures, Mercabarna continues to step on the gas to maintain its ‘pole position’. Along with what will be, over the next 5 years, some renewed and modern structures, Mercabarna is a hotbed of initiatives and projects with the purpose of getting ahead of the trends in a sector that is permanently evolving, by way of the joint participation of management and businessmen.

The Market’s general manager, Josep Tejedo, told Fruit Today that “the future lines of action will be closely linked to social commitment and respect for the environment”.

Regarding this commitment, it is worth mentioning that Mercabarna has a programme of scholarships for funding the employment of university leavers from the agrifood sector or unemployed people who are taught a profession. “In addition to contributing in the fight against unemployment for both youth and over 45s, we also promote companies’ competitiveness with the incorporation of these graduates, who can increase knowledge and introduce innovation”, Tejedo qualifies.

“75% of the university scholarship holders have been hired by companies in the Food Unit and this figure reaches 60% in the case of the hiring of unemployed workers.”

Food waste. The overall percentage of waste is very low, just 0.5%. Year after year donations made to the Food Bank have increased, reaching 1 million kilos in 2015.

In 2015 a study was entrusted to the Autonomous University of Barcelona resulting in a plan of action, the first measure of which will consist of signing a commitment manifesto between Mercabarna and business associations to fight against food waste.

And on this point Tejedo explains that “we have already started designing the Food Development Centre, which will be ready at the end of 2017 and will allow better use to be made of food outside the commercial circuit.”

Moreover, thanks to the Green Point, recycling figures within the market are 75%.

Eco-energies and respect for the environment. Aimed at reducing CO2 emissions and, at the same time, companies’ energy expenses, Mercabarna and the City Council of Barcelona, along with the companies in the Market, are working to supply the market with cold recovered from the natural gas gasification process, which takes place in the Port of Barcelona. The natural gas reaches the port as a liquid (because it takes up less space), and it is gasified here using a process that generates cold. The idea is for Mercabarna to take advantage of this cold to supply the refrigerated facilities belonging to its companies.

“If we take into account that Mercabarna has the largest concentration of industrial refrigeration in Spain (800,000 m³), this project would reduce the annual CO2 emissions by around 13,300,000 kgs, at the same time as making important economic savings.”

Moreover, with the aim of promoting electric vehicles, four charging points have been installed in the food unit.

Observatory of Trends. This is one of the most popular initiatives amongst the businessmen. To date, the Observatory has presented studies on: electronic trade, ecological food and trends and requirements of immigrant traders. “Our aim is to show new business opportunities to ensure that the companies can generate the type of policies that are best adapted to the future of their businesses,” the executive states.

Making citizens aware of us. Aimed at bringing the market closer to society, the 5 a day programmes are being continued – with the participation of around 6,000 children per year, and for the first time a summer camp has been held for children from families facing financial difficulties.

For the second year running, the “Mercabarna Innova” Prizes will be awarded, aimed at promoting innovation amongst the companies in the food market. The “Mercabarna Enfoca” Prizes have also been awarded to the best photographs, taken by professional photographers or instagramers. Finally, in October the 2nd Fun Run will be held within Mercabarna’s installations, which hopes to exceed the figure of 3,000 participants.

Prev“Exports have reached 35%”
Don´t miss your chance!Next
YOU COULD ALSO BE INTERESTED IN