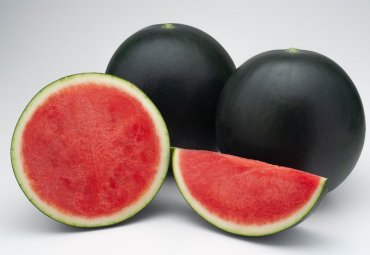 Zeraim and Syngenta are presenting their new developments in melon and watermelon, focusing on high-quality, all-rounder varieties.

The melon and watermelon market is evolving at top speed, marked out by the new developments from the seed companies. This is the case of Syngenta and Zeraim, which are working hard to discover new materials which, in addition to their premise of high flavour, also include great adaptability. This year, both companies have important launches and they are strengthening the promotion of some very interesting varieties, as may be seen at the open days held in Lorca during the first fortnight of July.

In watermelons, Zeraim’s most important new development is Jamaica. This is its first year of commercial launch in Almeria, Murcia and Castilla-La Mancha, with a highly representative surface area. “After cutting on the first farms in Almeria, we have verified that it is a large-sized watermelon (6 to 9 kg), which is very versatile for eating fresh and for cutting into halves and quarters,” Victor Garcia, Cucurbitaceae Product manager, explains. This very hardy plant (it adapts to all regions and growing conditions), which is also highly productive, brings a very high commercial yield, significant uniformity and fruit quality (intense red, crunchy, refreshing texture with a very good, clean cut, with a perfect skin thickness). Ripening quite early, it accumulates sugar very well and easily reaches the Brix level, exceeding 11º in early regions. “It is on the way to reaching the top of the black watermelon segment, in the same way as Red Jasper is in white, stripy watermelons,” Victor Garcia assures. And he advances: “We are developing smaller-sized varieties (4 to 6 kg) in the same line as Jamaica that will be on display in Lorca.”

At Syngenta, the ultra firm Scarlet Crisp is worth mentioning, which continues to grow in the processed produce area for the English market. Large-sized, Crimson-type, it follows in the wake of materials under its Crisp Fresh line, its brand for the USA, nominated for the Innovation Award in 2017.

Syngenta also has an important programme for the United Kingdom of yellow-fleshed, mini triploid watermelons through some producers. “In Spain they are not as popular, but in other countries they are on the rise and some producers are already working with them in bio. It is a niche market that should be taken into account.”

The white triploid range is being extended with a new pre-commercial material, WDL9303, following the high-quality reference of Red Jasper and Kasmira. It has the same genetics, but with greater production/ha and fruit uniformity. With sizes from 5 to 7 kg, it adapts to both greenhouse and open air growing.

In melons, they are presenting new developments with the Zeraim brand such as the yellow melon Ibiza, which is being very well received in this first commercial year in companies that are committed to ecological crops. Ibiza is ready for transplanting from mid-April and May in Murcia, after Party (April) and to end the cycle they have Maillot for La Mancha. Amongst its characteristics, its high commercial yield and uniformity in size stand out, along with a high sugar level and a very good post-harvest. As with Party, it has resistance to powdery mildew and aphids.

In the case of Syngenta, its most important melon programme is the Piel de Sapo and the new ‘long-lasting flavour’ genetics. In this typology, they are launching Graciano (mainly positioned in Almeria for transplants from mid-January to mid-March; in Murcia from the 15th of March to the 10th of April; and in La Mancha in the second half of April.)

This variety has already caught the attention of the brand-sellers, due to its characteristics, with a guaranteed sugar level, good grooving and shape, a golden colour and an excellent post-harvest. The hardiness of its plant and the resistance to powdery mildew and aphids give it vegetable health until the very end, and its early commercial yield (ready for cutting after 82 days) also make it stand out. In the harvests from the first farms, 85% of the production has been sent to brand-sellers.

For open air, it is followed by an option new to the market this year: Cencibel. In Murcia it is positioned for transplanting from the 10th of April to the beginning of May, and in La Mancha from mid-May to the end of June. It is also working very well amongst important producers from Extremadura and Portugal. As with Graciano, it brings flavour, post-harvest and resistance to powdery mildew and aphids. Its size (3-4kg) is designed for in-store cutting. Agronomically speaking, its plant hardiness with fruit covering is essential for the dates and crop regions that it spans. Added to this are advantages such as its high commercial yield and very good behaviour against splitting.

In Charentais, the second most important reference in melon at Syngenta, Salomon has become the extra-early segment leader in just two years because it brings continuity to the cycle with a commercial size on these dates (transplanting from the first three weeks of February.) The plant, which is strong, has a significant capacity for re-sprouting guarantees size, greatly sought after by French producers. It brings high commercial yield, it makes the work system easier for French companies with flexibility for harvesting and it has a good post-harvest.

During the open days in Lorca new materials may be seen for medium-late cycles of Charentais, to continue adding references to Tazha and Arpón.

Romolo, its main innovation will also be present. This mini, round Piel de Sapo (1-1.2kg) has caught the attention of some chains and large producers. They started to position it for open air growing and there were companies who asked to start the campaign in Almeria, where a significant adaptation to greenhouse conditions has been seen, with uniformity, Brix and size, continuing in Murcia and La Mancha. Another advantage is its clear harvest indicator. “We are in a testing phase for acceptance by local consumption and export. There are local chains (specialised shops) that are very interested, wholesale markets and also for export, who are working with Galia and yellow melons and they are opening up this new line with Romolo in Scandinavia. It is an opportunity to replace Galia, which is losing popularity.”

PrevEnza, going for 12 months a year
Cinco Casas is renewing its brand imageNext
YOU COULD ALSO BE INTERESTED IN