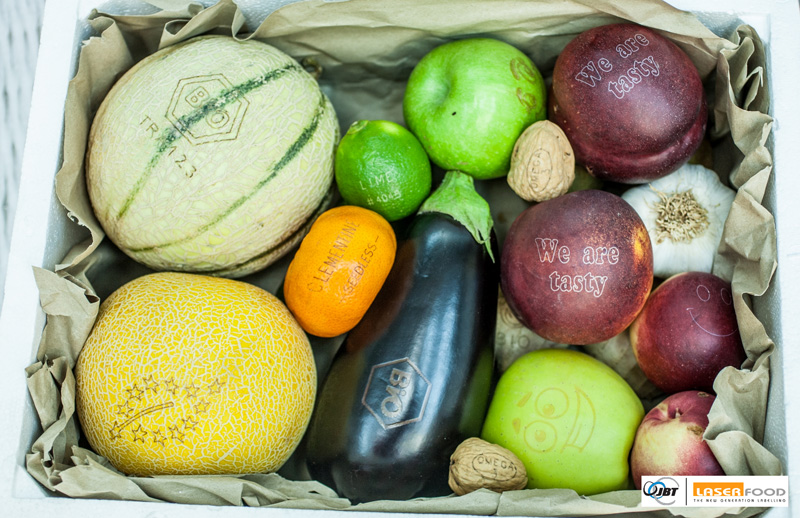 Laser Food, the creator of innovative, environmentally-friending laser labelling for fresh fruit, has announced the Europe wide launch of a new brand name for the technology, Natural Branding. Reflecting the profound environmental benefits of the system, the Natural Branding name will shortly be seen in grocery retail outlets and supermarkets across Europe, emphasising the growing public acceptance of the Laser Food-originated technology.

Initially introduced two years ago by Laser Food to accompany laser-labelled organic products, the Natural Branding name has proven to be a hit with consumers, receiving overwhelmingly positive feedback from shoppers and gathering media coverage across Europe. The initiative also took the top prize for Laser Food customer Eosta in the Sustainability Category at the Packaging Awards 2018. As well as Eosta, the system is now being used across the organic fruit sector, including by organic kiwifruit specialist Agricolli Bio and organic pumpkin marketer Bio Freshi.

Laser Food managing director Jaime Sanfelix explained that as a result the company began to take steps to formally register the name at a Europe-wide level, acknowledging that laser labelling is recognised by increasing numbers of consumers first and foremost as Natural Branding.

He said: “Two years ago we started marketing organic fruits using a very interesting concept that we called Natural Branding. The concept generated a very positive response with consumers across Europe and was also well received by the media. Following that, we initiated the process of registering the Natural Branding name as a brand.

“As the leaders and the creators of the technology, it’s very satisfying to see how the Natural Branding brand name is now recognised by consumers across Europe, and how more and more people are acknowledging the great benefits it has for the environment.”

Sanfelix added that the recognition of the brand and system, which can now be found in many of Europe’s leading markets, including Germany, the Netherlands and France, further reinforced the hard work that Laser Food has undertaken since it first developing the technology in 2007.

Laser Food’s Natural Branding can help both producers and retailers improve their environmental credentials for the simple reason that the system eliminates the need for wasteful paper labels. Approved for use in the EU, Natural Branding’s laser labelling technology adds labels and logos to fruit surfaces through a depigmentation process that does not harm the product in any way whatsoever.

Laser Food’s global expansion has been made possible thanks to its worldwide marketing agreement with JBT Corporation, a food solutions specialist with a presence in 25 countries, which builds and promotes Laser Food’s Laser Mark technology worldwide. JBT also promotes Laser Food viajbtc.com and the @JBTLaserFood social media accounts on Facebook and Twitter.

Laser Food will be exhibiting with JBT at Fruit Attraction 2018 in Hall 6, Stand 6C05 in the Feria de Madrid conference centre, Madrid, Spain from 23-25 October.