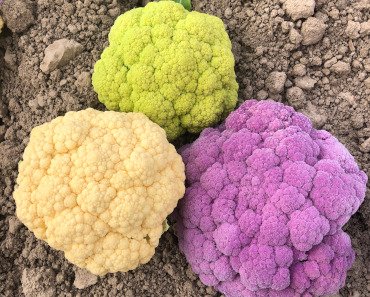 These are the main innovations that Syngenta has presented in its Salads Emotion.

The seed company has gone the extra mile with its innovations with three concepts that respond to the chains’ requirements and its commitment to food waste reduction. On the one hand, is the Miniberg, a mini romaine with very thick, crunchy leaves for using as the base for tasty, healthy preparations such as vegetable wraps. This year they will carry out large scale trials with green and red varieties. With very good behaviour in the fields, they have the advantage that they have a better shelf life than traditional materials.

Another concept worth mentioning is Solid Ribs, which introduces the ‘solid rib or nerve’, an improvement that prevents losses in the fields due to breakage and that minimises client complaints due to oxidation, as it also has a better shelf life, explains Héctor Vidal, PDS Leafy & Brassicas at Syngenta.

This year they are also launching the Salad Burger concept with Grewger (LMUL19-1922). An alternative to batavia and iceberg lettuces for the ‘hamburger/sandwich’ world, with very uniform leaves, even inside the lettuce. Its crunchy texture and resistance to heat allow the product to remain sweet and crunchy even when cooked. Vidal also underscores the fact that these materials adapt very well to cutting mechanisation as they have tall stems.

At the field days, they presented new incorporations to the company’s traditional catalogue, such as LRMN 19-1967, a mini romaine that will be available from September onwards and is characterised by its easy peeling, good length and quality, as well as for its good behaviour in winter.

Another new development is LRMD 19-1944, a romaine for the national market that is being very well received in Murcia and the Levant region due to its good formation, size and smoother leaves than the export variety.

And there are also new icebergs that are quite stable in hot conditions, such as Ice Platine, Ice Coldy LICS20-0033.

Within the brassicas line, they continue growing with their EasyBroq with edible stems and they are filling the cauliflower world with colour with varieties such as the purple Grafitti (deep), Dark Vader and Deep Purple; the green variety, Green Storm and the orange, Flame Star.

PrevBrexit: the “second season” is on the way
“Fennel is beginning to be seen in coastal areas”Next
YOU COULD ALSO BE INTERESTED IN