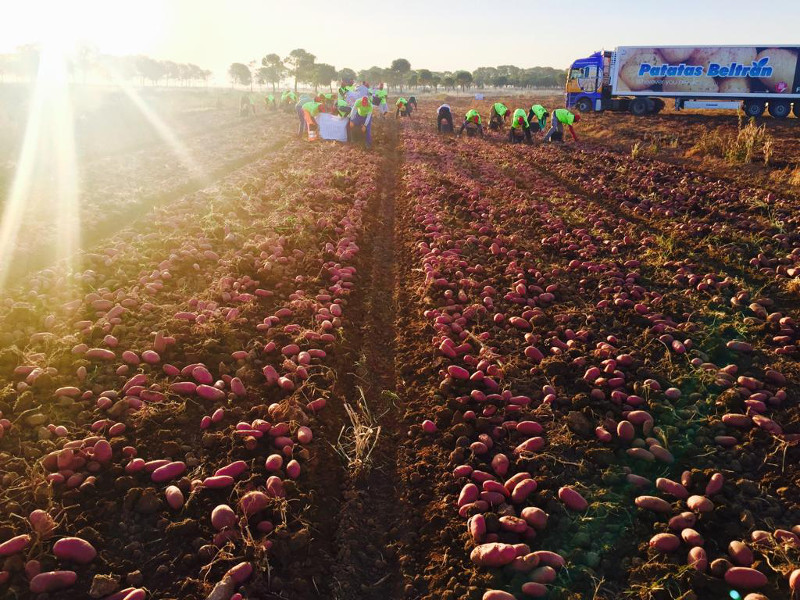 There is an important scarcity of Dutch Seed potato production due to the persistent heat wave that the country has suffered throughout the entire summer.

Carina Beltrán, an executive from Patatas Beltrán and representative of Stet for the Spanish market qualifies that “the drought has had a significant effect on the seeds and some have even forecasted a reduction that could reach 20%. However, it is worth mentioning that this percentage will vary according to each variety.”

And in this context of a hot summer, some potato varieties have sprouted for the second time and producers have opted for burning them to ensure that no greater problems are incurred.

Stet, the third seed company in Holland, after the acquisition of KWS, has specialised varieties for the Mediterranean, North African and Middle Eastern markets, the main characteristic of which are resistance to high temperatures and dry conditions.

“When a variety is chosen for development in Spain, our fields in Albacete form the first trial laboratory,” the executive from Patatas Beltrán explains.

In this province in La Mancha, a decision is made regarding where the new variety might fit in and what type of soil it needs. “We are farmers and we know what they need. I have virtually never gone to a field to see a variety that we have recommended and found that it has failed. We test the varieties for years before marketing them.”

Amongst the latest developments from Stet, the good results by Everest, one of the earliest potatoes in the catalogue, with excellent results of household frying, stand out. El Mundo also deserves a special mention due to its high yield and good washing results.

Vitalia has become the star, with the best results in geographical areas ranging from northernmost Spain to more southern areas such as Cartagena, Albacete or Seville. Zina Red is, on the other hand, the most eye-catching variety due to its bright red colour, which is so attractive for the retailer supermarket shelves.