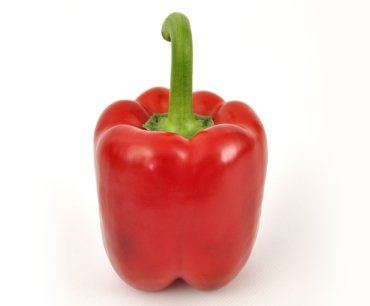 Producers from Murcia are continuing to move away from Lamuyo peppers and are increasingly opting for the California type. And in spite of the fact that the sale price at source of the former is higher, the profitability is lower due to the labour requirements it entails. “California peppers are harvested in larger boxes and the process is more flexible because only the non-saleable pieces have to be removed, while in the case of the Lamuyo, they are prepared in smaller boxes, with 1st and 2nd categories,” explains Juan Carlos Fernández Pérez, Key Account Manager at Bayer.

In this unusual campaign, marked by Covid-19 and very changeable weather conditions (with rain, greater incidence of botrytis and more solar radiation), which has meant the production was faster, the producers in the region have followed the ups and downs of the prices: high between April and May with around 3€/kg at source for yellow California peppers, and with normal averages up to July, when they dropped. The red California peppers fared worse, with prices lower than those received last year. All of this means that the choice of productive, reliable materials is becoming increasingly important.

Accordingly, Tallante, a variety of yellow California pepper from Seminis (Bayer’s brand), is seen as a ‘safe value’, as is shown by its commercial evolution. In the region, this material already makes up 35-40% of all the sales in its segment in the spring cycle. Tallante’s success lies in its strong root system, which encourages good behaviour both in cold and hot conditions, giving very good quality fruit, which are homogeneous in size (G-GG) from June to August.

Another good option is Ardanza, a red California pepper (G-GG), with an eye-catching colour, robust and with good conservation.

Under development, Seminis is working on new varieties for Murcia, currently in a pre-commercial phase, which are resistant to powdery mildew and nematodes, without losing the high quality that is inherent to their range.