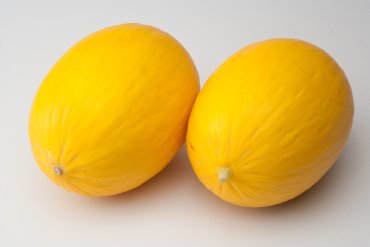 The seed companies have known how to adapt to the ‘new normality’, promoting audiovisual tools and the online channel to show their new developments in melon and watermelon to professionals from the chain on a global scale. On-site visits to the fields have been held using a more local approach. Those who could not travel have attended using new initiatives such as virtual visits with 360º viewing, as well as live programmes using YouTube, without forgetting the adaptation of catalogues and dispatch of products to verify their characteristics. A special mention must be made to the webinars that have replaced the traditional on-site talks about the chain and they have known how to provide high-value content in a convenient, flexible way.

In general, the plant breeders continue to move forward to offer materials with greater flavour and all the resistances, and at the same time they are delving deeper into the research of innovative materials that given a differentiating bonus to the companies. Fruit Today summarises the most important launches:

The company belonging to Basf is incorporating new ‘mini’ materials for the convenience segment, in line with the market demands. The launch of the Kukino concept stands out: a category of mini piel de sapo for export and convenience on the national market. “Small, sweet, natural and always fresh, a complete delight,” is how it is defined by sources from the company. And for the brands, they propose the piel de sapo Envero, highly aromatic, with great flavour and an average of 15-16º Brix. In watermelons, they are strengthening their most recent new development, Hiromi, a one-person striped watermelon (1.5 to 2.5 kg) with ‘Nunhems genetics’, in which quality and great flavour are prioritised, without forgetting productivity and ease of handling.

Amongst the new developments from Bayer’s brand, a new Orange Candy, SVMA6558 stands out to complete the production dates, in line with the ‘All year round’ concept of melons 365 days a year. This material also has resistances to the 3.5 strain of powdery mildew and aphids. “It has the same flavour and the advantage that it needs fewer treatment applications, which means cost savings for farmers.” Currently, it is in the pre-commercial phase and it could come onto the market next year. In the Cyro Line, they are offering Albizu (greenhouse in Almeria and early open air in Murcia) and Galvir (late in Murcia and crops in Castilla-La Mancha), both with resistances to the 3.5 strain of powdery mildew, aphids and CYSDV) and Galvir with WMV and ZYMV.

This year, the evolution of Romolo should be emphasised, the mini round piel de sapo (1-1.2 kg) that they presented last year and that is already being marketed by 10 Spanish companies that work with other products such as Galia and Charentais, for the export market. This variety will be followed by another one to extend the cultivation dates. Additionally, this year they have presented two important new developments in watermelon: Jamaica, a black seedless material for greenhouse and open air under the brand Zeraim, and Yellow Bite, which brings flavour to yellow flesh. Without forgetting a new material for the processing industry, Scarlett Crisp, a new generation of ultra-firm watermelons, with a deep red colour that is very unusual in this segment.

The ‘ready-to-eat’ concept of Charentais LSL is being consolidated and growing with Zinasol RZ (early for Spain and extra-early in Morocco). “The success of this melon line is obvious and we will see more surprises next year.” In yellow melons, the seed company has been working for some time now on a new generation that maintains a size of 1.5-2 kg and is resistant to powdery mildew. They have recently incorporated new materials with resistance to both powdery mildew and to aphids: 34-191 RZ (early); 34-190 RZ (medium); and Hasdrubal RZ (late in Murcia and in La Mancha to complete the cycle with Yeral). They also have added Minithor RZ, the company’s mini from the piel de sapo Mellisimo line. In watermelons, this year their new development is Coralzinho RZ, a mini striped material with micro-seeds with an intermediate size that completes the range with Gatinho RZ and Tigrinho RZ.

Yellow melons are one of the areas being extended by the company. Enza has varieties for 12 months of the year and resistances to powdery mildew and aphids, and Piel Sol is its latest development, for transplanting from February to mid-March. The robustness of its plant stands out, which “this year has been a great advantage,” due to the rains. The company’s commitment to watermelons is also worth mentioning. Up to now, the focus had been on markets such as the USA, but little by little it is developing materials for Spain. This is the case of the mini E26S.100, which could be launched next year in Spain and Portugal.