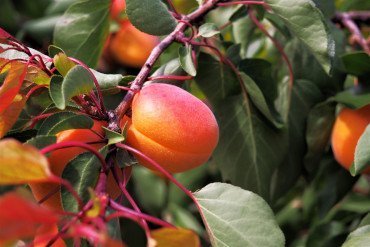 This campaign may run smoothly in all the categories except for apricots, which will see a sharp drop in volumes

At the close of this edition and according to the leading representative of Apoexpa, Joaquín Gómez, this season’s prospects indicate that it would be a normal campaign, in which the weather conditions, although affecting the apricot production, has not attacked the other categories. However, “the weather forecasts for Easter show storms, although hopefully just with rain and no hail. In any event, the rainfall could be heavier depending on the different areas; it won’t be the same in Mazarrón, where the harvest is in full swing, as in Pliego, where water is always welcome, or in Cieza and Abarán.”

At present, the only certainty is the reduction in volumes of apricots compared to a normal season and it is possible, according to some exporters, “that we reach June with a very limited offer.”

Stone fruit and grapes are the business mainstay for many towns in the region’s Altiplano and Vega Alta. The figures speak for themselves, since the overall turnover between both fruits reached 570 million Eurosin the last campaign.

The chairman of Apoexpa (the organisation that brings together grape and stone fruit exporters), Joaquín Gómez, explained during its Annual Assembly, held in Blanca in the middle of April, that the stone fruit exported by the associates reached 172,000 tonnes of produce and brought in profits of around 230 million Euros in the last campaign.

The event was also used to announce that the Region of Murcia will have the first national association of Stone fruit producer organisations, through the future alliance of Apoexpa and Fecoam. The new entity, which will be made up of 78 cooperatives and 30 companies and that will be signed in the near future, will have the main goal of taking advantage of marketing synergies, strengthening promotion and making joint propositions to tackle the sector’s challenges.

On the other hand, the recent trip carried out by members of the association has left good feelings for the participating companies (Moyca Grapes, El Ciruelo, Frutas Esther, Uniland, Frutas Torero and Hispagroup)and has opened up new trade horizons after meetings organised both in China and Vietnam.

“Although the Chinese market is already open for stone fruit, grapes are a product with greater durability for shipping by sea and Murcia has the right varieties to compete with the United States, its main rival in China,” sources from Apoexpa explained.