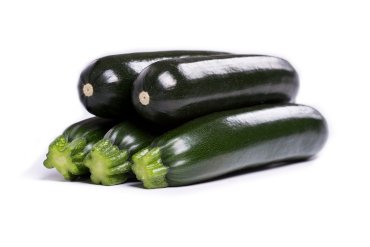 With the latest developments from Rijk Zwaan farmers will be able to go back to growing courgettes as they used to years ago, with ventilation and easier handling

Although Rijk Zwaan’s courgette programme is relatively recent (it was started 10 years ago), it is already bearing fruit. Aureliano Cerezuela, a specialist in courgette crops, recalls that at the beginning they marked out a clear premise: looking for differentiation compared to other varieties already established on the market. They did this by focussing their development on conservation, and a result of this work was the Longvita concept, with materials that had significant post-harvest, conserving their freshness and shine for longer after harvesting, such as Calabonita RZ and Calagreen RZ.

This year they are taking a further step with materials that incorporate resistance to New Delhi (ToLCNDV). The first commercial material is Perseverance RZ, which continues Rijk Zwaan’s quality line and incorporates an extraordinary level of resistance against the virus. “Thanks to this, we are going to be able to grow courgettes as we did before New Delhi (ventilating, without as much crop care…).”

Perseverance RZ is recommended for September crops, that is to say, average plantations in autumn and spring. The plant, with an average-high strength and open growing with short internodes, is a ‘cousin’ to Grimsey RZ and, in the same way, provides production and an excellent post-harvest.

Parallel to this, Rijk Zwaan is already working on the development of new materials with resistance to ToLCNDV. The most advanced development is 137242 RZ, which could be on sale in autumn 2022, for high temperature dates (earlier or late spring). It complements Perseverance RZ very well. This year, new versions of Grimsey RZ with resistance to New Delhi will also be trialled. “The introgression of the resistance has already been carried out in parent lines and the reconversion is going to be quite fast.”