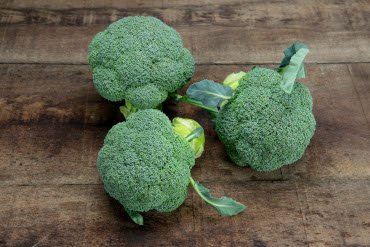 High yield in the fields in spite of low temperatures, uniformity and very domed, compact heads are this variety’s characteristics

Ulysses is the new broccoli variety from Sakata designed for the complicated winter harvests. Thanks to its versatility and yield, it can be harvested over a four-month period, obtaining a very stable quality.

This is a variety indicated for initial planting in September in the Ebro Valley region, to be followed between October and January in Murcia, and even in February in Albacete. Therefore, it can be harvested from the end of November until the beginning of May. At present, there is no broccoli on the market with such high quality for these dates, with a very domed head, fine grains and a high yield.

Cycle stability and great endurance in the fields

Antonio Ibarra, Head of Basic Crops at Sakata, indicates that, along with the quality of the head and the yield, Ulysses stands out for “the cycle stability” which means that in spite of the sudden changes in temperature that are normal during a Spanish winter, it hardly varies its cycle.” Furthermore, the important endurance in the fields is another characteristic that will be a great advantage for producers, as the highly domed shape of its head does not vary,” Ibarra adds.

At Sakata the expectations for Ulysses could not be better regarding its first year on the market. Sources at the company state that this is going to be the largest introduction of a variety in Sakata’s history, after the launch of Parthenon in 2005.

Designed both for mini broccoli markets and for the industrial market, along with the fresh market in its entire range of preparations, Ulysses is very versatile both in the fields and on the market.

Its name is a tribute to Greek culture, a civilisation that saw the birth of broccoli cultivation. Ulysses was one of the great heroes of Greek mythology and at Sakata they thought that it was the best name due to its characteristics.

PrevPerseverance RZ, “extraordinary” resistance to New Delhi
Seminis, going for the 2.0 version of the CGMMVNext
YOU COULD ALSO BE INTERESTED IN