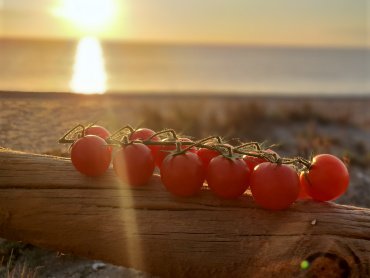 Bio consumption shot up by 12% in Spain during the COVID-19 crisis, whilst the EU has set an ambitious challenge for the next decade.

Ecological production has grown to above two figures, even in economically tight years. The greatest growth has been recorded during situations of crisis and stress. In the middle of the COVID-19 pandemic, in March and April, it grew by 12% compared to the same period in 2019, according to Ecovalia. Fear of the virus has reinforced the trend to acquire healthy products and this, added to growing environmental awareness and approval by the European Commission of its ‘green’ strategy, means a “future that is more ecological than ever before” can be discerned, according to the chairman of Ecovalia, Álvaro Barrera.

One of the curbs to its expansion, the price, is beginning to become a thing of the past. “In the ecological sector we have to stamp out the false myth that they are elitist products: 60% of new consumers are under 35 years of age. In Spain, consumption has doubled in just four years, going from 1,000 to 2,100 million.”

However, for this trend to continue we must carry on informing consumers about what the ‘Euro-leaf’ means, “that they know what they are eating and that they are helping farmers usually located in the countryside, where 73% of the ecological producers are concentrated. Additionally, the EC itself affirms that bio production generates 20% more labour.”

Green Deal: is it realistic?

On the 20th of May, the EC published its new food strategy ‘From farm to table’ and the Biodiversity Strategy which, in spite of not being legislative proposals, form a roadmap for the transition towards a ‘greener’ Europe, within the framework of the Green Deal that is aimed at achieving an economy that is neutral in CO2 emissions for 2050.

In the agricultural environment, 25% of community farming will have to be ecological by 2030; the use of fertilizers will be reduced by at least 25% and that of plant protection products by 50%. Is this feasible? At Ecovalia they defend this idea, “but the necessary economic support must be demanded”.

There are many voices in the sector querying whether there will be enough resources. The European Commissioner for Agriculture, Janusz Wojciechowsk, is aware that it is “a great challenge for the farmers,” and I trust that the application of both strategies will obtain “the correct funding,” if the new EU proposal goes ahead for the 2021-2027 budget, with 26,400 million Euros more than in 2018 for agriculture and livestock farming.

Countries such as Denmark, a leader in ecological consumption, must be used as a guide. “There, they have put 80 million Euros on the table for public purchasing of ecological produce (hospitals, schools and the army) in a five year plan.

How long is ‘short’?

Amongst the ideas set forth by the EU strategy is the promotion of short circuits. How could this affect Spanish ecological farming? Barrera defends that, in the first place, “we must banish the idea that the European market is a long channel; this must be reserved for imports from third countries. Additionally, we must take into account that ecological production reduces, according to the different crops, up to 100% of CO2 emissions per kilo of produce, a goal that the short channels are pursuing.”

Currently, Spanish small ecological market gardens do not export. This space is reserved for the medium-sized and large farms, which are reconverting their crops, as “they traditionally exported 90% and they are now exporting between 65 to 70%; the rest is sent to the Spanish home market. Some large companies have even decided to commit themselves 100% to the national market.”