The ‘Sancta Santorum’ of biological control 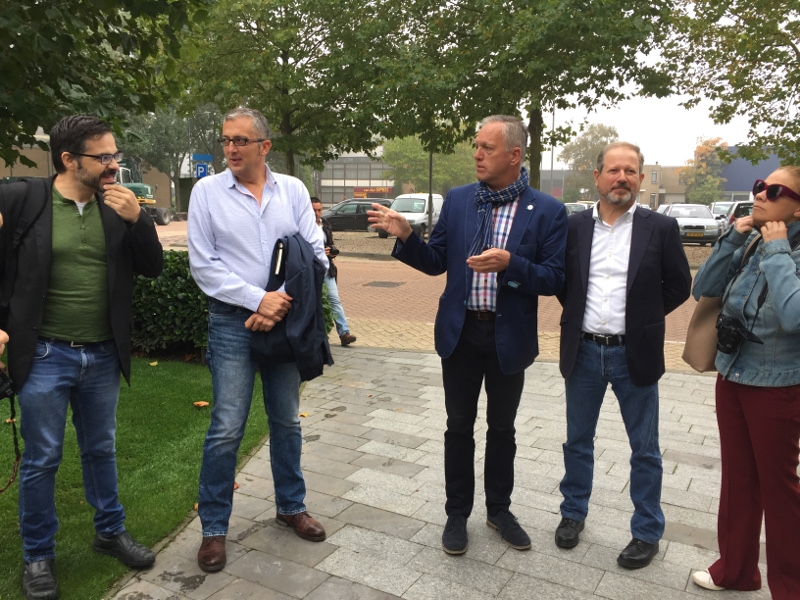 “We have to look back to the past to face up to the future.” This is the sentence used to open his speech by Martin Koppert, Koppert’s Development Business Manager, called to run the company created by his grandfather, Jan. The patriarch was a visionary who knew how to turn adversity around and create a business line where today they are leaders worldwide. “Farming was part of his life from the beginning,” and for that reason he fought against believing that an allergy could take him away from his profession. He sought out a solution, he found it and kitbag in hand, went to Switzerland to confirm that his future would be linked to insects from this moment onwards. With the first one, Phytoseiulus persimilis, he managed to control red spider mite in cucumbers in 1967. Five decades later, the Koppert ‘family’ has 1,500 members, headed by his sons, Peter and Paul, his nephew Henri Oosthoek, and Martin as the third generation.

On its 50th Anniversary several members of the specialised press had the chance to visit the heart of the ‘Sancta Santorum’ of biological control and pollination. A leading company in its segment, with 26 subsidiaries and presence in over 120 countries. In 2016 it invoiced 178 million euros (8% allocated to R&D), and for the past few years it has been growing at an annual rate of 12%. But if it is successful at present, its future is even more promising due to the growing trend by consumers who are demanding healthier, more respectful produce and the lack of chemical solutions to some problems. Koppert attempts to respond to all of them from its work areas: R&D; production and distribution of natural solutions; and spreading of knowledge and Know-How with training and technical assessment. The last aspect is essential. “The main pest in the fields is ignorance and lack of information. The world’s mentality must be changed when producing.” Its goal is to contribute to the development of “a healthier, safer and more productive farming system for the future generations,” the Product Manager Bram Klapwijk stated. And all of this working alongside nature, as its slogan states.

The ‘macro’ area continues to represent its main foundation with 50% of its sales, but the rapid growth of microbiology is surprising, which has overtaken the bio-pollination line (20%) and now means 30%, boosted by the demand for extensive crops.

They are working with an integrated system, giving priority to the use of natural solutions adapted to each region and compatible with selective chemicals, and for the past 10 years they have been using a holistic concept, which conceives the plant-soil-root system as a single entity.

Getting ahead of the needs for the future, they are intensifying their efforts in microbiology and are starting to invest in sensorisation and big data techniques, and the company’s newest development is a spin-off that is studying insects for feeding fish (aquaculture) and humans.

PrevPoland and Spain, a brotherhood for broccoli
Tomatoes, in a delicate balanceNext
YOU COULD ALSO BE INTERESTED IN