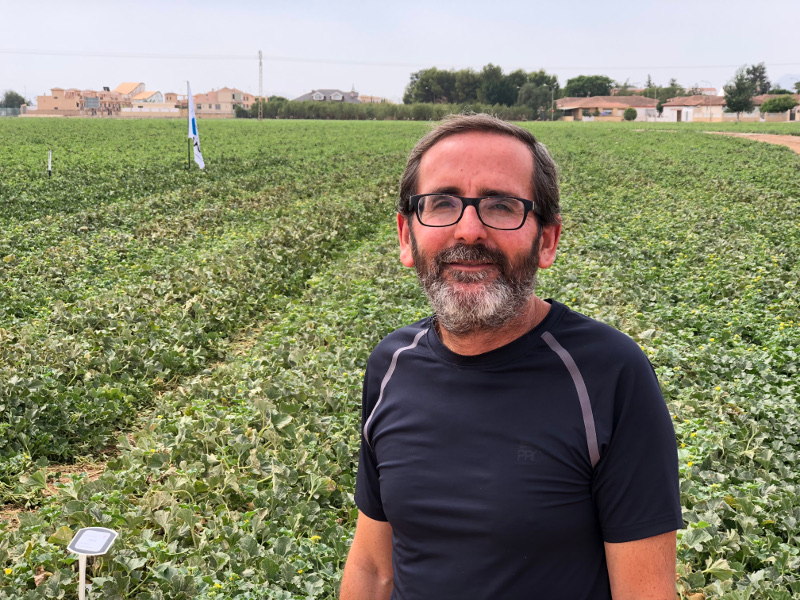 Diego Conesa, known as ‘The Ecologist’, covers the sector’s main problems in Spain

Diego Conesa is a well-known guru of ecological and vegetarian food, so much so that in the sector they call him ‘The Ecologist’, or more affectionately, ‘The Eco’. He was one of the people who brought this type of produce to Spain and his passion for this lifestyle led him to become one of the largest ‘bio’ fruit and vegetable producers in Europe with his company, Cultivos Ecológicos AZOE SL.

The first question Conesa launches is: “Is ecological farming going to respect food sovereignty or not? This is the starting point.” For producers, there are several deep-seated problems, but the main one has to do with the excess and inefficiency of red-tape, partially caused by not taking the producers into consideration when preparing control regulations. This means that there is no effective control and the reality of this system is not passed onto the legislation. A clear example of how “obsolete” the legislation is involves the subject of crop rotation. “Today this subject is not debated because farmers are completely conditioned by the demands of the market and the buyers.” Another ‘mistake’ is the fact that in ecological produce there are no 2nd or 3rd categories that could bring it closer to the more underprivileged population. “Customers want a product with the same quality and appearance as traditional produce. It is much more difficult to achieve this and, furthermore, it doesn’t pay. It is not realistic to want a very competitive price with a product that is also very competitive”. And all of this in an environmental context that is “very damaged due to intensive farming, as is the case in the Mediterranean basin, where the use of chemicals has been widespread for decades. We also need to have a stable water supply and to be left alone to do things correctly without as much paperwork.”

Another topic that requires attention is the “disregard” shown towards farmers by a part of society as a whole. Farming is the basis of any social system, but in today’s world “farmers are only turned to when they must be rebuked about something.” A clear example of this is the GRASP legislation, “with which the European markets intend to control the farmers’ treatment of their employees.” But it is applied to farmers in a one-way direction. “The end customers or the middlemen are not required to honestly respond towards the producers and meet the acquired commitments.”

The company from Murcia handles 800 hectares of open air crops in Cartagena, Alicante, Ciudad Real, Toledo, Baza and Mazarrón, some of which belong to the company and others to associate farmers. The company’s main produce are broccoli and cauliflower (6 million kg each), courgette for industry, melon and watermelon (2 million), potato (2.5 million) and Hokkaido and butternut squash (2 million).

During the winter, it sells 100% of its production to a single customer, Fruveco, which is engaged in the marketing of frozen produce. In the summer months, it works through middlemen or directly with supermarkets from Northern and Central Europe to supply them with potatoes, watermelons, melons and pumpkins.