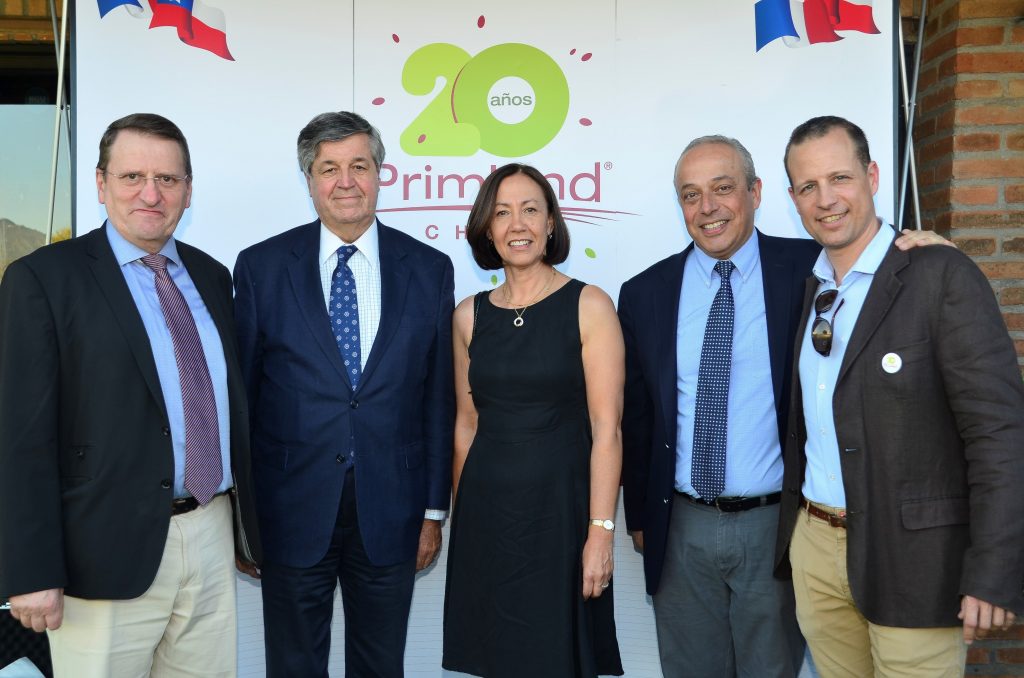 On Thursday 1 March, PRIMLAND celebrated the 20th anniversary of Primland Chile. Thanks to this subsidiary, PRIMLAND can offer its customers involved in the distribution and importing of Oscar® kiwis the same quality standard all year round.

In 1998, Primland, the leading French kiwifruit operator, became involved in the production of Chilean kiwifruit by creating the Primland Chile subsidiary. This strategy would offer Primland customers a comprehensive offering throughout the year.
The favourable climate of the Andean Cordillera and the Pacific Ocean, combined with naturally rich soils, makes it possible to harvest a quality kiwifruit. The Chilean Oscar kiwi is grown in the central part of Chile, in the valleys of Cachapoal, and the central valley between Curico and Linares.

The company regularly invests to improve the facility’s production capacity (e.g. installation of new cold rooms in 2015) and the performance of the sales team. The company now has 11 permanent members of staff and recruits more than 85 seasonal employees (harvest and facility).

The Chilean Oscar kiwi enjoys the support of the Image of Chile Foundation and sports its logo on all crates.

Promotional programmes on the markets concerned allow the Oscar® brand to develop its reputation all year long and on all its markets.