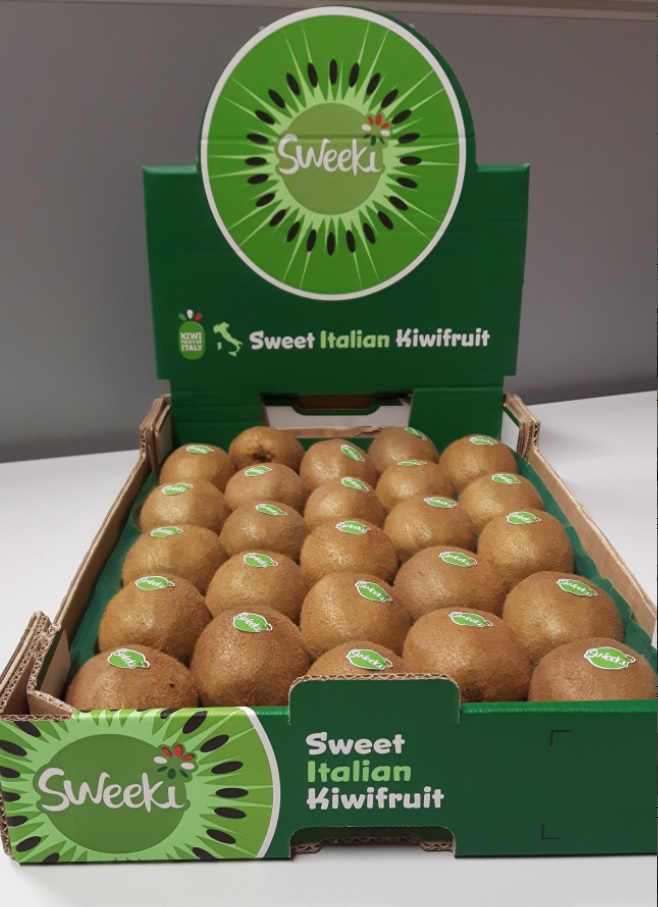 Almost a debut for the “new” Origine Group at Asia Fruit Logistica 2018 (September 5-7, Hong Kong) after the acquisition of Compagnia Italiana della Frutta.

Asia Fruit Logistica is an exposition that is constantly growing and is strategically located: “The companies of the fruit and vegetable sector can find here an exceptional combination of business and networking” says Alessandro Zampagna, General Manager of Origine Group.

At booth D08 of Hall 3, in the collective area of CSO Italy, Origine Group present the new portfolio of brands: Sweeki, Pera Italia, Made in Blu and Fruitaly, with which the company exports, mainly kiwis and pears, to Europe, Asia and North America. With the 10 member companies (nine Italians and one Chilean), Origine Group represents an important volume of production, more than 120.000 tons of kiwis and 80.000 tons of pears.

“As far as Italian pears are concerned, we are harvesting at the moment, and the first loads of Abate and Williams are ready to go. We hope in a good season – states Zampagna – with good size and good internal and external quality. The news is that this year Origine Group’s pears will be commercialized also with Made in Blu and Fruitaly brands, in addition to Pera Italia”.

“The Chilean kiwi branded Sweeki was very good. We wait eagerly for the Italian kiwis, after a particularly difficult year due to the scarce production and small sizes; we hope in a good crop both from the point of view of quantity and quality and size. The first harvest of yellow kiwis will be at half September, with first shipments possible before the end of the month. For green kiwis, that represent the most important product, we need to wait October” resumes Zampagna.

The consortium Origine Group was founded August 2015 by several companies, leaders in the international markets in the production and trading of fresh fruit and vegetables. The consortium – established by Afe, Apofruit, Fruit C2, Gran Frutta Zani, Kiwi Uno, Op Kiwi Sole, Pempa-Corer, Salvi-Unacoa, Spreafico and the Chilean group Del Curto – represents companies already firmly present on the domestic and international markets, with a total turnover of over 1,000 million euros, which have joined their resources to provide a top-quality product, working together on innovation and new varieties to look out into new emerging markets. This new alliance initial focus is in two outstanding products, pears and kiwi, but the goal is to widen the interest also in other products. The production potential is over 200,000 tons of kiwi and pears.