The most international edition of Estrellas de Internet 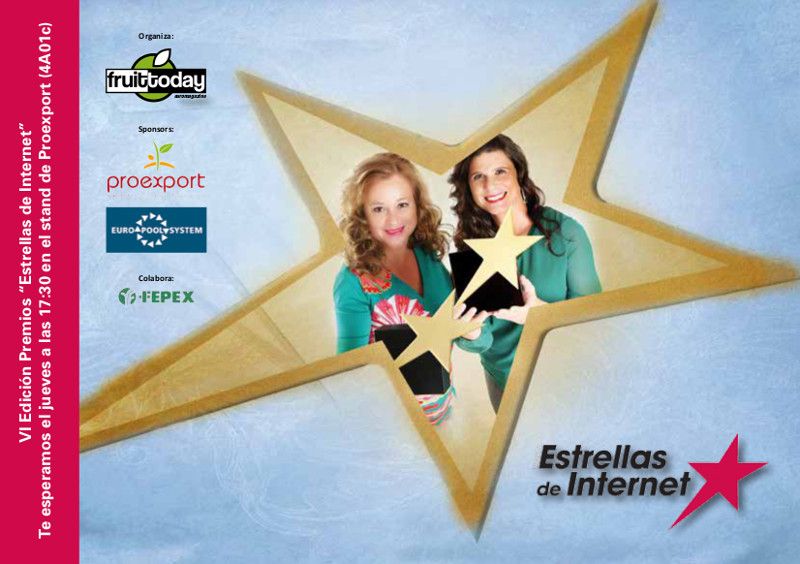 This year the Estrellas de Internet awards have received inscriptions from all over the world.

The 6th edition of the “Estrellas de Internet” Awards is turning out to be its most international one, taking into account the wide range of countries of origin of the registered companies: Holland, France, Chile, Italy, New Zealand…

Inside Spain, companies from each of its autonomous regions have shown their interest in the event, from Murcia to Catalonia, passing through Andalusia, the Valencian Community, Madrid, etc.

All of this is owing to the recognition obtained by the awards over their five previous editions.

This year, the categories have been extended with the new Star for the Best App, granted to the most outstanding mobile telephone application taking into account its functionality, user experience, adaptation to requirements, integration onto social networks and design.

As in previous years, the prize-giving ceremony for the Awards will take place during the Fruit Attraction trade fair, on Proexport’s stand (hall 4 – stand 4A01c), on Thursday the 6th of October at 5.30 pm. It will be sponsored by Proexport itself and by the company Europool System, with collaboration by Fepex.

We would like to take advantage of these pages to inform of the Jury in charge of voting for the winners in each category:

If you want to know the 2016 winners, www.estrelladeinternet.org

PrevFruit Attraction has consolidated on the international trade fair circuit
Elena Cebrián, the Minister of reconciliationNext
YOU COULD ALSO BE INTERESTED IN