Club varieties are winning the battle 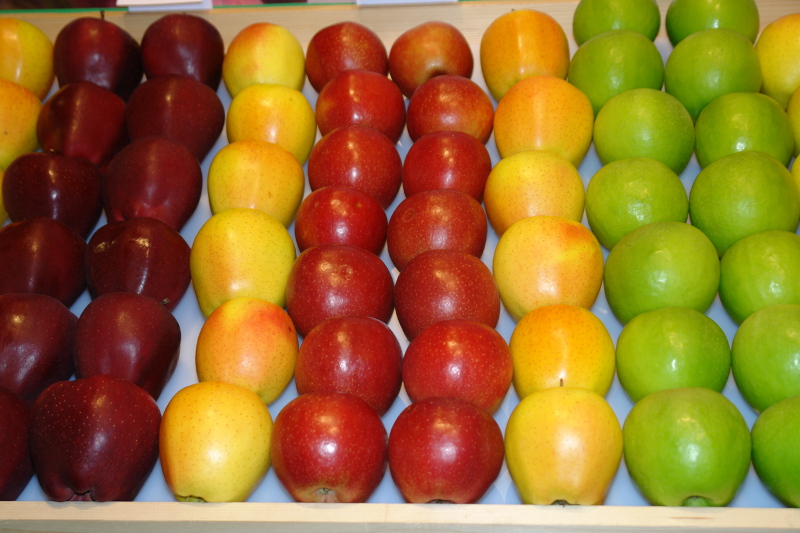 Apple consumption in Europe is dropping by around 1% per year, but not all varieties are affected

In fact, if there is a winner in this game, it has to be the club varieties, of which there are over 70 today. The main insignias are Pink Lady, Jazz, Kanzi, Red Prince, Envy, Ambrosia, Ariane, Kiku, Junami, Honeycrunch, Cameo, Sveetango and Yello.

European production of club varieties covers over 14,000 hectares, with a production capacity that can reach around 500,000 tonnes of produce.

These varieties have been created and are located in the 15 western countries and they represent round 7% of the production. Currently, they are not present in Eastern Europe. “Everything indicates that the future of apples, possibly the most advanced fruit regarding the exclusivity of the clubs, involves using this controlled production system,” sources from the sector explain.

According to Helwig Schwartau, from AMI, “European consumers like the club varieties and they have taken over from the more traditional varieties, with the exception of Gala, an apple that continues to increase both in production and in consumption.” Therefore, in 2016, 22% of the volumes sold in the United Kingdom corresponded to the Pink Lady and Jazz varieties, compared to 17% in 2014. In Belgium, since 2014 this percentage has been around 20% for the same varieties and in Germany the figure reaches 14%. “What seems obvious is that the growth in consumption is exclusively happening to the club varieties, which is the reason behind the important interest that they cause throughout the entire chain.”

The Cripps Pink variety (commercially known as Pink Lady) fulfils the Spanish saying that “whoever hits first, hits twice”. The future of Pink Lady follows a winning route: in 2007 in Europe there were 133,000 tonnes of production and a decade later, this volume is now over 260,000 tonnes. And the forecasts point towards the fact that the production could reach 275,000 tonnes.

But there are another two varieties that are following in the brilliant wake of Pink Lady, and these are Jazz and Kanzi. In 2010, the first one upheld a production of 57,300 tonnes. Seven years later, it has reached a figure of 89,000 tonnes and its spectacular development means that in 2020, Europe will reach 132,000 tonnes.

But without any doubt the Kanzi variety is the hands down winner, since in just ten years it will increase its production five-fold, going from 25,000 tonnes in 2010 to the 120,000 forecasted for 2020.