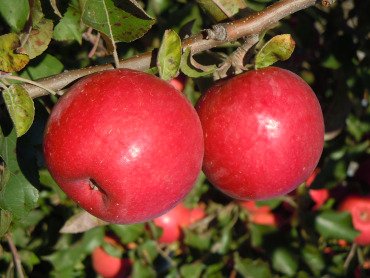 The apple and pear harvest forecasts seem to bode well for a favourable campaign for pip fruit. Amongst the factors to emphasise we must talk about cold storage rooms with very little, or almost no stock from the previous harvest, lower volumes predicted for the harvest and that stone fruit has stopped ‘competing’, as their season ended earlier than usual.

At the time of writing this article, the global European forecasts are not yet available, but although not official, everything is pointing towards a generalised drop in Western Europe, without knowing what could happen with the Polish giant.

“We haven’t sold more, but we have sold faster”

The season that is now closing had a very complete campaign, with around 500,000 tonnes of apples from all over Spain. The lockdown months made some very important, fast sales through the supermarkets, as apples are long-lasting fruit. And all of this, in spite of the closure of the Horeca channel.

The chairman of the Apple and Pear Committee at Afrucat, Joan Serentill, indicates that “we haven’t sold larger amounts, but we have sold them sooner, which has allowed us a faster turnover of stocks than in a normal campaign, which we are now benefitting from.”

But the main point for Serentill is that “we are very hopeful about the start of the next season, particularly because we think that reasonable produce prices could continue to be maintained.”

The only great unknown element to be revealed is the volumes that will be put in the cold storage rooms, since the rains affected the crops a great deal and the farmers had to work very hard to obtain apples that weren’t affected by fungus. “We have been under significant pressure throughout the spring to be able to bring high quality produce to the market, which is suitable for selling.”

Recovery of the home market

The top priority of the apple marketing sector today involves recovering the home market, since 50% of the apples eaten in Spain were, until recently, imported. But the efforts carried out in terms of quality over the past few years are allowing the sector to be optimistic, because the figures for national apples reach 60%, as is shown by the surveys carried out by Afrucat.

Regarding the pear forecasts, it should be emphasised that the drop in production that is occurring is more due to the decrease in surface area than to the drop in kilos per hectare. Although 2.2% more surface area is coming into production, this does not compensate for the hectares that are being grubbed. “We predict very high quality overall, although the first runs of the varieties that are already being harvested are showing some problems with size. The Spanish market appreciates large pears and 90% of this product goes to the home market.”

“We believe that our competitors (France and Belgium) have the same volumes as last year and this will allow us to keep the markets fluid,” Serentill concludes. 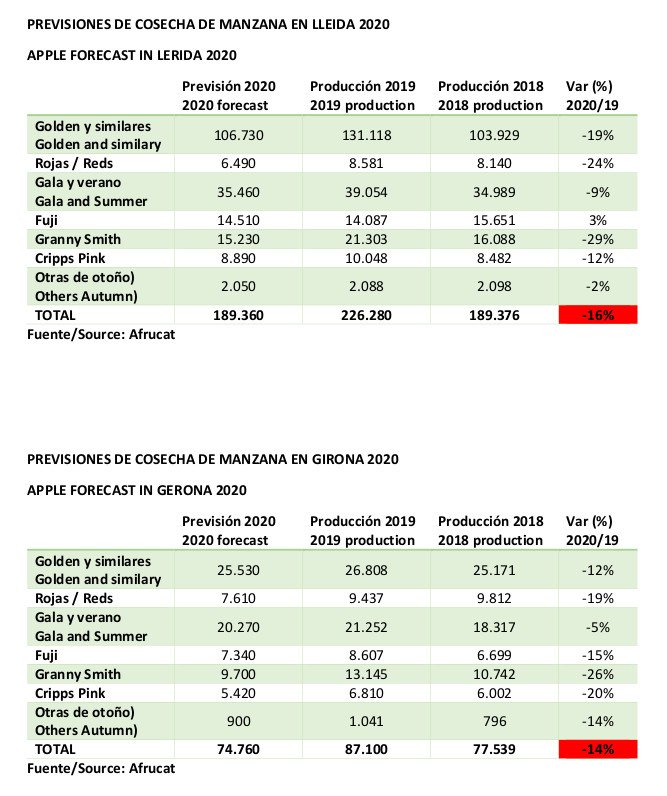 This season’s decrease is basically due to the frosts and rains in the spring that affected the setting and flowering. The hailstorm on the 3rd of June also damaged around 1,450 hectares of pip fruit in general.

The production area in Gerona will harvest around 28% of the kilos produced in Catalonia, whilst Lerida will concentrate around 71%.

Pears: for the home market

In pears, the forecast shows a 7% drop in production all over Catalonia, with an expected harvest of 130,990 tonnes. All the varieties have dropped, but Ercolini stands out with a 21% fall (4.200t), along with Williams and Bartlett, which will drop by 11% (16,490t). The variety with most production, Conference is also showing a 6% drop (68,290t), but it has a good level of russeting.

The spring frosts and rain have affected the production significantly and, as in the case of apples, the hailstorm on the 3rd of June damaged part of the harvest to a different extent, depending on the different districts.

PrevGiropoma: apples in cardboard packaging
“We don’t understand the ‘new normality’ concept”Next
YOU COULD ALSO BE INTERESTED IN