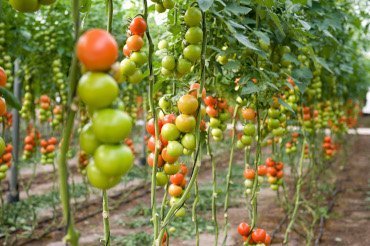 Over the past three years BioProcam has doubled its sales in France, virtually equalling its German orders

Mixed pallets of ecological fruit and vegetables have multiplied in BioProcam’s order book, approaching 3,000 t during the past campaign. The increase in operations to France of this company from Granada is one of the main reasons: from 2016 to 2019 sales have risen from 15% of its export volume to almost 30%. A figure that practically reaches a “draw” with the orders from its main client, the German market.

“The French wholesale markets are highly specialised, and they stock ecological food companies and consumer groups with produce,” explains the company’s manager, Fernando Martín. The quality specifications are similar to those of the supermarkets, but they differ in the presentation formats and are more open to different presentations, with producer brands and a large percentage of mixed pallets with between 3 and 6 produce categories.

Currently, 85% of BioProcam’s produce is exported to European markets, and this figure is on the rise. “Switzerland and Denmark are increasing, even though they already had a high consumption rate,” and the same is happening with the Nordic countries. The only exception is the United Kingdom, where “the demand has come to a halt because many consumers are not yet opting for ecological produce like the Germans, the French and Nordic peoples.”

This year BioProcam is coming to Fruit Logistica (Hall 18 A-07c) under the umbrella of the Junta de Andalucía to show its offer, in which subtropical fruit is becoming increasingly important. Its recognition as a PO is allowing it to extend its surface area for avocados and mangos, in such a way that they expect to exceed 2.5 million tonnes of Hass avocados and 200 t of mangos, after the start up of almost 7 ha of new crops. Following a good national mango campaign, with prices that were “acceptable in late varieties” that ranged between 1.60-2.50€/kg for the farmers, the company started to market the Kent variety from Peru in December, and is continuing the national avocado campaign.

The company’s star product continues to be the cucumber, with which it has almost closed the year round cycle, with just 3 or 4 weeks in the summer missing. This is followed by tomatoes (vine, marmande and vine cherry), California peppers, courgettes and aubergines, amongst others.