From Asian stores to large retailers 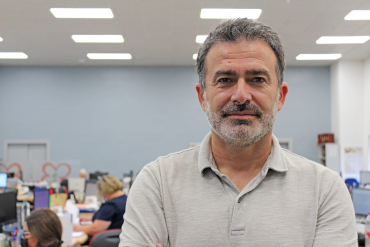 Ethnic vegetables are finding their place, promoted by new consumer trends and immigration. For Primaflor, this line already makes up 8% of its sales volume

Although until recently it was usual to only find oriental or ethnic vegetables in Asian stores, they are now finding their place on the shelves of the large supermarkets, responding to the needs of a more heterogeneous consumer profile, which values the nuances and properties that these vegetables provide. “The new consumer trends, communication as recipes, the important introduction in ethnic catering and the increasing proximity of oriental culture in Spain are encouraging this change in consumer habits, introducing new vegetable varieties, such as Pak choi,” Carlos Olmos, Sales and Marketing Manager, explains. “We are also seeing how many people from Central Europe, who spend long stays in Spain, regularly eat this vegetable. I think that immigration, in addition to many good people, is opening up a great deal of possibilities. The gastronomy of the immigrants who have come here is full of vegetables; therefore, the trends have already become a reality.”

The company from Almeria, specialised in leaf crops, started its journey in the Asian types of vegetable a few years ago, due to a request by a Chinese-English producer who could not produce the crop during the winter and asked for support to close the cycle. Since then, Primaflor has been increasing its portfolio, which has grown in recent years and currently makes up 8% of its total volume in tonnes, “an important figure” for Carlos Olmos. By references, Pak Choi in its green and white varieties are the most important ones, but the company also grows others such as Choi Sum and Kai Lan.

Regarding the destination countries, the United Kingdom is historically Primaflor’s main buyer, due to its important Chinese community. “Germany, France and Switzerland are the destinations where this category has grown most,” Primaflor’s Sales and Marketing Manager qualifies.

With respect to the Spanish market, the trend towards opening up to these new vegetables is being translated into a “considerable increase” in consumption. At Primaflor, 25% of the sales of oriental vegetables now stay in Spain.

Primaflor’s innovating zeal maintains the trial field as one of the key elements for improving and developing new crops. “Normally, we have many different varieties planted in it, both of vegetables that have already been introduced and of others that the company wants to introduce onto the market.”

When starting a new product line, they always start with a consumer study prior to the launch. “When we find a need in consumers or trends that could motivate the consumption of a type of product, we study the cultivation and we test it in the trial field.”

Parallel to this, they work with the chef Rodrigo de la Calle to develop recipes, aimed at emphasising many of the culinary qualities of these vegetables.

A benchmark in sustainability

Primaflor’s El Cano greenhouse is a significant example of good environmental practices. Equipped with hydroponic crops, it reduces water consumption by 40% and it has the Add-ON Spring certificate by Global GAP, a sustainable programme for irrigation and the use of underground water. On approximately 4 hectares it cultivates the equivalent of around 30 ha of traditional crops, with 8 or 9 crops per year.

PrevNew Covent Garden: a mirror for future trends
El Dulze, a specialist in Asian vegetables now including recipesNext
YOU COULD ALSO BE INTERESTED IN