From buyer to dealer 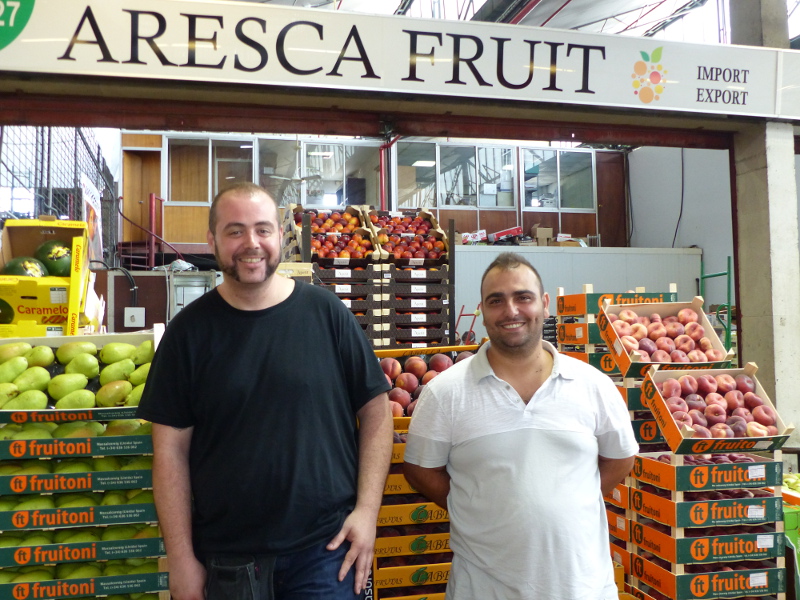 At times, the dynamism of Mercabarna has allowed things like a regular buyer ending up becoming a new dealer

Simone Scanu had, and still has, a stall in the market of Sardinia, and Mercabarna was his favourite buying venue due to its wide range of produce and its logistics. Soon Scanu realised that the Catalonian market offered him many possibilities and synergies with the business he was already running. And along with the experience of Miguel Areste, he started up his adventure in the market.

Today the company Aresca has two stands in hall B and last July it completed the purchase of another two in hall C. From its position in Mercabarna it serves many customers, both Italian and European.

“Our aim is to become an integrated company,” the Italian executive points out.

To do this, it already has its own small transport company with five lorries and recently, it has leased a warehouse with 700 m² of cold storage and 200 m² of office space, to be able to store both the company’s own goods, along with those belonging to other dealers.

“We must take advantage of the chain’s synergies: for example, we have initiated an agreement with an Italian cooperative (La Valle del Coghinas) that has planted 20 hectares of melons for us. In this way, when our lorries travel full of produce to Italy, they do not return empty. It is better for us to bring this produce from Italy than from Almeria”, the Italian executive explains.

The future plans of this young company include opening stands in some Italian markets with produce from Mercabarna and then to expand to the rest of Europe.

“Although large retailers are very powerful in Europe, there is always a niche for the market, particularly in the big cities, and that is where we want to be. It is easier to serve large platforms if you are already present on the same market.”

“We don’t specialise in any specific produce, but we can boast about doing what we do well,” the Spanish partner states.

Already during its fledgling career, the company, as a group, plans to reach an invoicing of 17 million euros in 2018.

PrevTAE: committed to the environment
“Brands are becoming more fashionable every day”Next
YOU COULD ALSO BE INTERESTED IN