TAE: committed to the environment 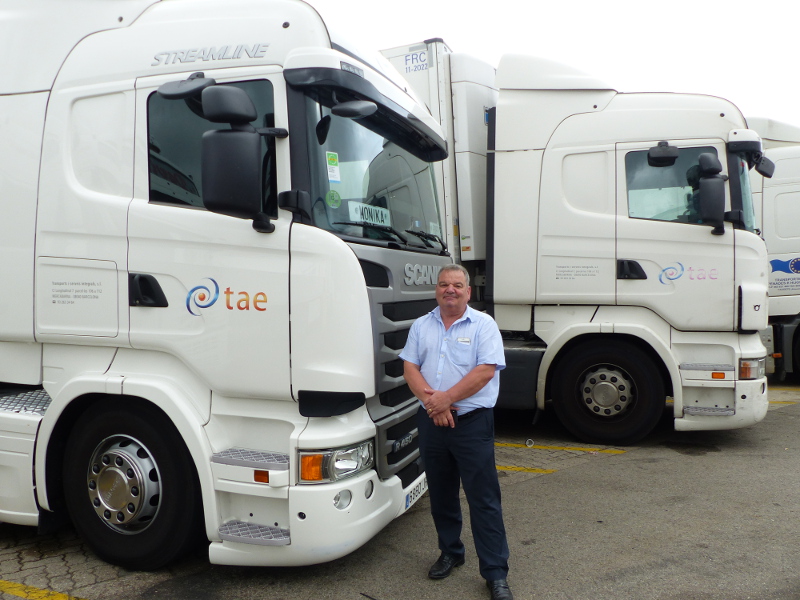 TAE’s fleet is made up of Euro6 lorries, the most efficient on the market and the ones that generate least CO2 pollution

For Antonio Iglesias, sales manager for TAE, the commitment to the environment is essential in a business of this size. “Our entire fleet has the Generalitat’s green seal and, at the moment, we are in the process of obtaining the CO² certificates. Our concern is such that we receive daily reports on the real tonnes of CO² that each lorry emits.”

It is a modern fleet, made up of its own lorries, which are renewed every 4 years, equipped with the latest features. All the vehicles have computer technology on board. Using a mobile phone app, the driver is permanently connected to the main offices. The lorries also have GPS visibility, one on the cab and the other on the trailer. In this way, all the parameters are controlled: speed, tachograph sheets, fuel consumption, working times, etc.

The trailers also have weight sensors to ensure they do not exceed the legal maximum weight.

The need for trains

The company is highly specialised in freighting fruit and vegetables and it covers an average of around 130 trips per day, including national and international journeys. Europe is the most common route.

Iglesias is a firm supporter of intermodal transport with trains, as happens in France. “Spain has too much traffic as it is an important fruit and vegetable producer and we should be concerning ourselves with unclogging the roads, since the train service offers a very good alternative. We are getting left behind with regard to this type of measures, and the time will come when goods from the Mediterranean region will not be able to leave,” he states.

And along the same lines, the executive explains “as is occurring throughout Europe, we must encourage the changeover of vehicles from diesel to gas, from gas to hybrid and from hybrid to electrical because transport is one of the greatest pollutants.”