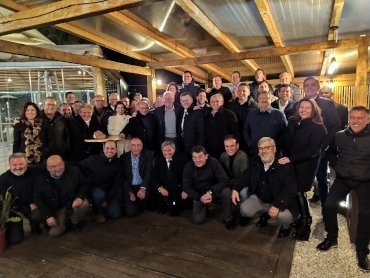 At a surprise dinner, Infia said goodbye to Adolfo Gomis, who had been the manager and soul of the company for over two decades

The dinner, which was attended by friends, clients and representatives from all over Spain, took place on the 16th of January at a well-known restaurant in the capital of the Valencian region.

The event became an affectionate tribute to the figure of Adolfo. As we have grown accustomed to, the team from Infia gave us a night with good food, laughter and entertainment.

Adolfo leaves the company now established as a leader on the market. From this point onwards, a new generation, trained and prepared by himself, will take over the reins of the company.