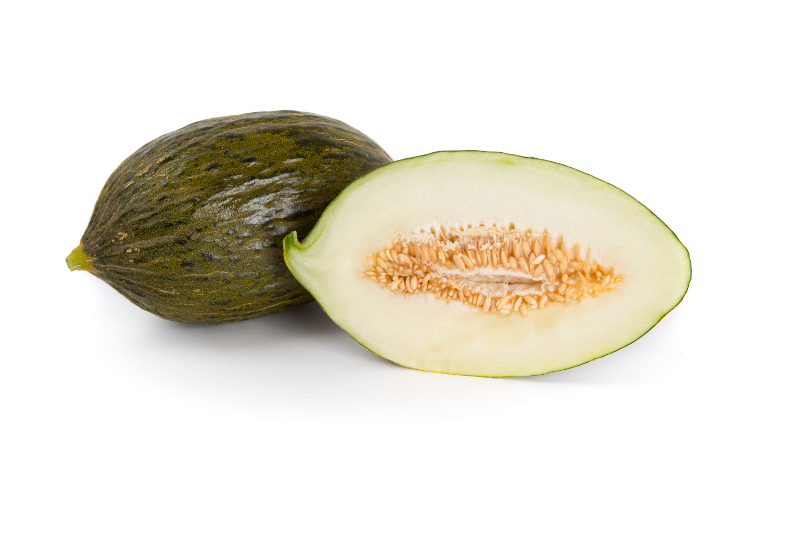 The international markets are opening up more and more to a melon variety that is closely linked to Spain, the Piel de Sapo, thanks to the innovation by seed companies such as Rijk Zwaan. “Sales are increasing at a rate of between 15-20% per year,” states Diego Maestre, Crop Coordinator for Melons and Watermelons. France, Eastern Europe, Asia, Canada and Saudi Arabia are some of the most recurring destinations for this melon.

Within this segment for export, Rijk Zwaan has Dolsura RZ, a variety that is similar to Ricura RZ, but with a hardier plant. It includes resistance to powdery mildew, its skin is darker and it has a longer post-harvest shelf life, ideal for travelling to more distant destinations. Both of them are encompassed in the Mellissimo® concept, a line of genetic development initiated with Ricura and followed by Bravura RZ (early segment in Spain, Brazil and Senegal) in which the seed company groups together varieties for export, with an intense flavour, high Brix degree and an impressive post-harvest.

For the national market the new development is Mesura RZ, a larger Piel de Sapo for early plantations and that is now being introduced in La Mancha, and is ideal both for the early and the late segments. It brings outer quality thanks to a very pleasant netting and golden colour and its strong plant allows it to bear many kilos and obtain the flavour and visual characteristics needed at a time of year when the temperatures are still mild.

This year they will carry out large scale trials on the Kidman variety (62-782 RZ), large, striped (6-7 kg) and seedless. The new seedless black watermelon is 62-517 RZ, also large in size, with a very red colour, a good brix level, crunchy texture and very dark skin (the veins are not visible).

In the pollinator line is Gatinho RZ (62-337 RZ), a small Tigrinho, with black skin and micro-seeds with a small size (2.5-3 Kg) and a quality and completely round shape at a time of season when other varieties tend to have larger, more irregular fruits. “Gatinho RZ is being grown for export and also as a quality micro-seed pollinator”.

All these varieties may be seen at the Global Melon & Watermelon Event which will be held on the 5th and 6th of July, at their trial centre in Cartagena.

Prev45% more grafts
Flavourful, solidary melonsNext
YOU COULD ALSO BE INTERESTED IN