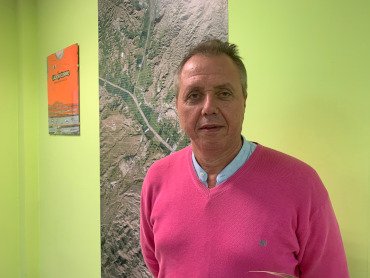 26 years ago the company from Almeria started its journey in the ecological citrus fruit segment, becoming one of the first in Spain to jump on a bandwagon that was unknown at that time. The transition was very natural. “In our region, we have always worked with old varieties in a traditional, family way. There is very little variety regeneration, we have trees that are 70 years old, therefore the move over to bio crops was very easy because plant protection was scarcely used,” according to Juan Torres, manager of SAT Cítricos del Andarax.

Over the years, this adventure has become the starring role of its offer, as they now only have 5% of conventional production. The main part is ecological. For this reason, it is not surprising that a large part of its total volume, 20 million kilos, is marketed in destinations such as Germany or France, the largest bio consumers. However, Torres underscores the considerable increase in demand in Eastern European countries such as Poland, Hungary and the Czech Republic, over the last 3 or 4 years, caused by the rise in income in these countries.

In this year, Almeria has less production and larger fruit, as opposed to what is happening in Alicante and Seville. The prices started off high, but subsequently they dropped. “We are seeing that consumers are holding back a little when purchasing ecological produce, and in the case of lemons, the Horeca restrictions have caused a serious crisis. Lemons have been affected most out of all the traditional citrus fruits.” Added to all of this is the increase in expenses due to the pandemic, as well as the increase in the minimum inter-professional salary for workers in the fields and in the warehouses. “The cost of the harvest alone makes up 30% of the total expenses, therefore the damage is significant.”

Cítricos del Andarax has 800 ha of surface area, half in Almeria; the remainder in Alicante, Seville, Cadiz, Granada, Huelva and, to a lesser extent, in Cordoba. It mainly produces oranges (90%), and the other 10% are made up of mandarins and lemons.

Alongside the fresh range, they have a line of juices, where they market 3 million litres a year on the national market, along with France and Holland. “We produce orange juice with aloe vera, smoothies… prepared using a variety similar to Salustiana and others from second categories, to take full advantage of the production. Additionally, we use the sub-products (peel) for animal feed.” These actions reflect the sustainability philosophy that has always ruled the company.