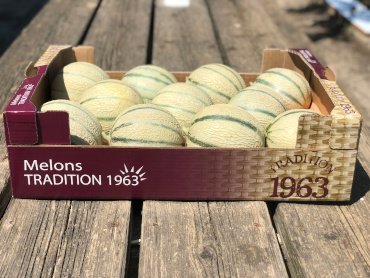 The French group, present in Morocco, Senegal, Spain and France is preparing to expand towards a new range

This new bid is framed within the change undergone by the company in recent months, and which includes its total takeover by Vergers du Sud, a reputable producer of apples and kiwis in the south of France.

“Soldive’s new property is an opportunity to grow in lines that we had not thought about up to now,” explains Jean-César Léostic, general manager in Spain.

The group’s business strategy, which currently handles around 34,000 tonnes, involves reaching 40,000 in around 4 years.

Its overall volume of business reaches 40 million euros, of which 15 correspond to the Spanish subsidiary. Historically, its activity has centred on the production and marketing of Charentais melons and lettuces to supply the important French companies in the fresh-cut produce sector.

Soldive has a solid implantation throughout French territory that the company intends to take advantage of to implement new lines.

The company’s corporate strength lies in aspects such as its own production, which on Spanish soil reaches around 500 hectares. Its crops are divided up between spring melons and lettuce and herbs for the rest of the year. It is important to emphasise that in Spain the company has 15 hectares of ecological crops and in France this figure reaches 80 hectares.

The different production areas allow the company to have produce available 12 months of the year.