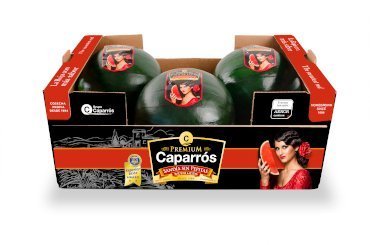 The company is taking on the campaign with very good news, such as the Aenor Healthy Company certificate and the celebration of its 35th anniversary

Caparrós Nature is starting its new seedless watermelon campaign, Caparrós Premium, with good news. Since January it has become the first company from the sector in Andalusia to be certified by Aenor as a Healthy Company. This model, a pioneer worldwide, is based on acknowledged international criteria, as well as on a methodology of continuous improvement, and it understands health as a complete status in which physical social and mental wellbeing all come together.

But this is not the only recent milestone reached by the company from Almeria. 2019 is a very special year, as the company is celebrating its thirty-fifth anniversary. Caparrós Nature is celebrating 35 years championing quality, excellence and a commitment to flavour, to which must be added its many recognitions as a company that is committed to the health benefits of its produce and the promotion of healthy living habits, particularly since these were acknowledged in the Naos Strategy Award for business initiative in 2015.

True to this strong commitment to health, at Caparrós they have carried out a characterisation study of citrulline in the Caparrós Premium seedless watermelon, with very positive results. It should not be forgotten that the watermelon is a fruit that is rich in compounds that are beneficial to health, and citrulline is an important functional compound that is plentiful in this fruit.

Caparrós is starting its watermelon campaign with all this good news. We will be able to see many promotional campaigns for its watermelons within the framework of the company’s anniversary. Likewise, while it is promoting healthy eating habits, we will be able to see the new restyling of the company’s Caparrós Premium watermelon, following what has already been carried out for all their other brands. This redesigning ranges from a new logotype to the total change of image on all its boxes.