“We are expecting a slightly early start to the campaign” 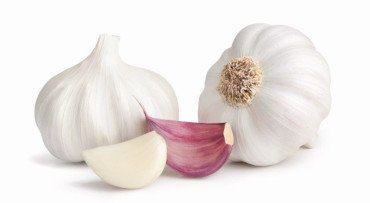 The Spanish garlic campaign in its most emblematic region, Las Pedroñeras, is slightly early compared to the previous year.

Castilla La Mancha, with around 17,000 hectares of cropland, is the main garlic producing region in Europe and, by definition, the town of Las Pedroñeras is its capital.

“In the globalised world we live in, we are always aware of what is happening on the other side of the planet. Specifically, whatever happens in China affects us. At the moment, the news that has reached us is that they have sown less and the prices will be higher, which affects us positively,” explains Maria José Arellano, manager of the San Isidro el Santo cooperative.

The strong point to being competitive is the high specialisation. “We believe that this is the important challenge of a region devoted to a single crop like ours. Here, every day the farmers produce more kilos per hectare because the productions have to be profitable.”

For the past five years the cooperative’s volume has not dropped under 15 million kilos marketed, at the same time as it has been extending its business lines with different varieties and with black garlic. “This brings us stability and when sharing out the costs, it is also advantageous.”

Purple garlic, the region’s native plant, represents 50% of the cooperative’s production and, in spite of the fact that there are other more profitable varieties, farmers continue growing it, “therefore, our aim involves revaluing it commercially,” the executive comments.

Within this revaluation task different initiatives stand out, such as the one of producing their own purple garlic seeds, opening up line of peeled garlic or establishing circular economic circuits to take complete advantage of everything.

Exports, to which the cooperative devoted approximately half of the marketed volume, are one of their important bulwarks. Sales, in addition to Europe, are also sent to countries as far away as Australia, Japan, Morocco and Brazil, which is a destination that is significantly more important than the others. “Obviously we are concerned about the possibility of a duty being established that makes us less competitive in Brazil, an important garlic-consuming nation, but the good news is that at present the negotiations on this topic have come to a standstill.”