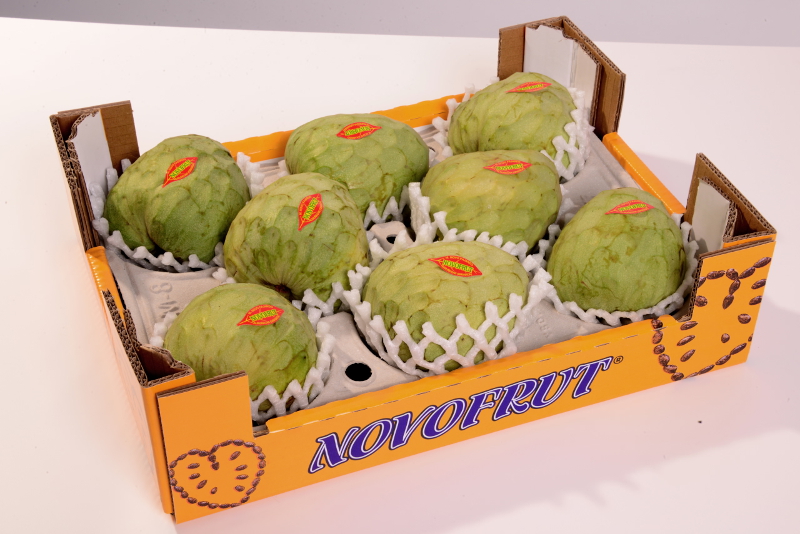 Without competition, with a production that covers 9 months of the year, tasty and with many healthy properties. “The custard apple is very attractive and has a great future ahead of it,” the Sales Manager at Novofrut, José Francisco Novo, affirms. The only barrier for this tropical fruit is a lack of knowledge about it. “The largest percentage of sales lies in central and southern Spain, although sales are increasing in the north. With promotion, I am sure that consumption could really take off.”

From the very beginning, the company from Granada has opted for custard apples, and currently it has 120 ha of crop land, including its own and land belonging to associates. Last year, unlike other references such as mangos and avocados, custard apple prices maintained stable in spite of an increase in production. For 2022/23, they foresee maintaining the same levels in custard apples, although the calibres are expected to be smaller due to the water shortage.

In avocados, the first forecasts are indicating a drop of over 30% in volumes and in mangos, an increase of around 25-30%. Including all Novofrut’s references, they expect to produce a total of 5.5 million kilos. “We are almost at full capacity for handling and packaging,” Novo explained.

Regarding water, one of the eternal bones of contention in the sector, Novo admits that there is some hope that the Andalusian Government might deliver on its promise and finally start up pipelines in Béznar and Rules.

As with the rest of the sector, another of Novo’s main concerns involves the increase in costs of between 30-40% for electricity, materials, transport… “Our electricity bill has increased by 130%,” he complains. Therefore, they are studying implanting renewable energies to partially mitigate this problem.

And in the middle of all this, the growing foreign competition is limiting the sales window for avocados. “Peru, Colombia, Mexico, Chile… can all produce 365 days a year and they have much lower labour costs over there. They are very competitive. The previous, very high prices of Spanish avocados will be difficult to see in the future.”