6% more apples in the Southern Hemisphere 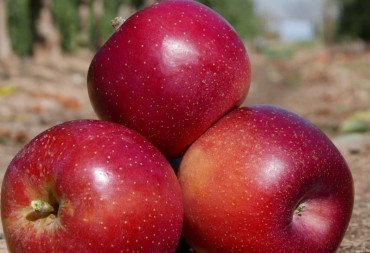 The first estimates made by the WAPA (World Apple and Pear Association) for apple production in the Southern Hemisphere indicate a 6% increase.

This increase is occurring due to contributions from countries such as Brazil and Australia, which are climbing by 20% and 23% respectively. South Africa is also on the rise, but by a lower proportion of 6%.

Chilean production continues to lead the ranking in this hemisphere, with a total of 1.5 million tonnes, but this is remaining stable. The important rainfall and hail that lashed the central region of the country wreaked havoc with the earliest harvests in the Maule region. Nonetheless, apples have been one of the fruit least affected by these adverse weather conditions.

The Argentinean production is marked by stabilisation, whilst in New Zealand it has dropped by 5%.

Regarding pears, producers in the Southern Hemisphere forecast a stabilisation of the harvest at 1,346,000 tonnes and a 2% increase with respect to the general average for the years 2018-2020. It is expected that the increase in South Africa, Australia and Argentina of 3%, 2% and 1%, respectively, will compensate the drop in Chile (3%) and New Zealand (10%).

WAPA was founded in August, 2001, aimed at being the global discussion forum for topics of interest in the apple and pear business and for initiating recommendations and actions to strengthen the sector.

Philippe Binard, General Secretary of the WAPA, commented on the usefulness of compiling the knowhow from each country: “The preparation of joint data has shown to be a valuable exercise for the global apple and pear industry and a reliable source of information when the season changes progressively from the Northern to the Southern Hemispheres.”