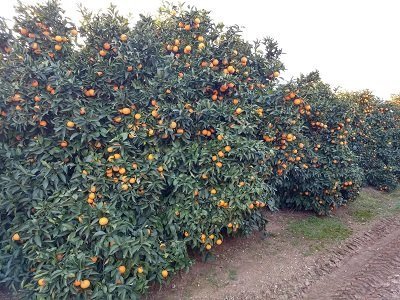 After a citrus fruit campaign with good results, but with less volume, the 2020-2021 harvest has increased its production by 12% throughout the territory.

Spanish citrus fruit production will reach 6.93 million tonnes, meaning an increase of almost 12% over the previous season and a 4.6% rise over the last five-year average, according to the capacity supplied by the different autonomous regions to the MAPA.

The forecasts are indicating a production of 728,000 tonnes more than in the last campaign, which was lower in volume. The largest increases will take place in mandarins, with a 28.1% rise compare to the previous campaign and 11.6% over the last five year average (an extra 250,000 tonnes). Lemons are also recording a 9% increase and oranges will grow by 3.6%, with 120,000 tonnes, but this means a 0.5% drop with respect to the average. The grapefruit harvest is maintaining a 6% increase.

According to the forecast made by the MAPA, orange production is forecasted to be 49.8% of the total, mandarin, 34.2%, lemon, 14.8% and grapefruit 1%. Therefore, orange representation is losing almost 3 points, while mandarins are increasing by two points.

However, due to the pandemic, citrus fruit sales showed an important dynamism, owing to the healthy qualities of the produce, as well as to their long shelf-life. Data up to May showed that household consumption recorded an accumulated increase in volume of 5.1%, which is raised to 17% in value. Lemon consumption grew by 11.2% in the annual accumulated figure.

Spanish exports, from September to March, remained at lower levels than the previous campaign (-3.4%), but they increased their value by 19%. And in March alone, almost half a million tonnes were exported to Europe, a record figure. On the other hand, due to this important European demand, sales to third countries decreased considerably.

Within this context, the prices received by the farmers were higher than those from previous campaigns, particularly in the first weeks of the pandemic. The average price of oranges in the fields doubled compared to 2018-19 and was 40% higher than in the five preceding seasons. And throughout May, prices tripled the values from previous years, as did the prices recorded when leaving the centres.