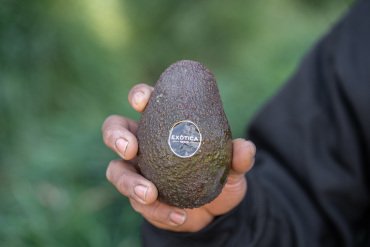 Both companies will work together to supply the market with nationally-grown avocados and mangos.

The company from Malaga, Tropicsur, and Cultipalta, 100% subsidiary of Cultivar, will work side by side to supply the market with the best Spanish-grown tropical fruit.

The task common to both companies started at the beginning of June with the preparation of the mango campaign, which has extended until the end of October. The marketed volume has reached 700 tonnes, sold under the well-known brands Exótica Premium and Cozumel. The Andalusian avocado campaign will follow this, starting off with the earliest green-skinned varieties and continuing with the Hass variety until May.

Cultipalta also selects fruit from around the world, ripening them and marketing them with the aim of offering its clients the best produce at all times. This is not surprising, with over 40 years of importing activity endorsing its parent company, Cultivar. Tropicsur, on the other hand, has a wide experience as a mango and avocado producer from different regions: from Malaga to Valencia, passing through Granada, Huelva or Cadiz.

The commercial synergy and good understanding between the two companies is such that they are not ruling out changing to new premises, where they will be able to work with larger volumes, in order to develop this project even more.

The executive Sandra Sitjar explains that “the ultimate goal involves managing both avocados and mangos in a very specialised way and offering a product, which in addition to having a good appearance, also has a good flavour that satisfies demanding consumers who recognise our brand as being synonymous with high quality.”

Sources at Tropicsur explain that “in both companies we have significant knowledge of the produce and this decision aims to strengthen our ranking on an expanding and highly demanding market.”

To make this project stand out, they have created new packaging that emphasises the national origin of the produce.