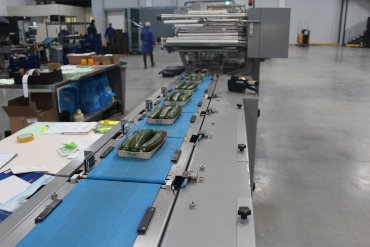 According to provisional figures, ecological sales have increased by 30%.

The strategy used by the cooperative from Almeria Coprohníjar, with its leap into the bio market, is showing a very positive evolution. This year, the project has reached the planned figure of 150 hectares of ecological crops, with over 15 million kilos, and the warehouse they set up last year to specifically tackle this type of produce is working at full capacity. “We are very happy with the outcome and with the first year in these facilities. We didn’t have enough space and without this investment, we couldn’t have continued to grow,” the chairman, Juan Segura explains.

Although at present the figures are still provisional, sales of ecological produce have increased by around 30%. “I don’t know if this is due to the COVID-19 health crisis we are suffering from or because we have extended the range with cucumbers and aubergines, although probably it is due to a bit of both.”

The price prospects are not so promising, as they have dropped by approximately between 5-10% compared to 2019 – although we must remember that these are provisional figures. A drop that has also occurred in conventional crops and that Segura attributes on the one hand, to the excess of supply and on the other, to the effect of the pandemic.

Tomatoes make up the reference with the largest volume in Coprohníjar’s bio offer, with 60% of the total surface area (mainly cherry, followed by large vine tomatoes). These are followed by watermelons in the spring (with 10-15% more surface area this year); courgettes (one of the largest volumes in the autumn), peppers and as new products this campaign, cucumbers and aubergines.