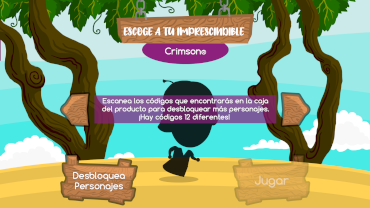 This year’s campaign is going to be very special for UvasDoce, as it is full of special projects and new features

The company from Alicante started the national grape campaign by harvesting three of its earliest varieties: Victoria, a very large, seeded, white grape, pale yellow in colour and with a neutral, fresh flavour; Sugraone, a seedless white grape, light green in colour and with a sweet, very refreshing flavour; and finally, Arra 29, a very large, seedless, red grape with a sweet apple flavour.

This year the volume is not expected to be very high, but it should be balanced in virtually all the varieties, with very good quality, significant sizes, uniform colours and medium-high brix. These three varieties, which will cover the entire month of July, will then give way to Timpson (seedless, white), which is being harvested for the first time this campaign and to Sweet Celebration (seedless, red). Additionally, in mid-July, the first Candy of the year could be tasted: Candy Snaps, with a delicious strawberry flavour.

This variety is accompanied by one of the most important new developments of this campaign, a new product aimed at the youngest members of the family. A 200 gram snack pack of the sweetest grape of the moment. This package may combine several different varieties, colours and flavours at the same time, but with priority being given to the delicious Candies. It is a format that is easy to transport, with packaging that is 100% recyclable and washable.

To promote this new product, UvasDoce is developing a videogame that consumers will be able to download onto their mobile phones or tablets from the end of July and that will be available both in the Android Play Store and in the Apple Store. Users will have to help “Our Essentials” to achieve the proposed challenges, as well as defend them against enemies and avoid the obstacles that they will find along the way. With the purchase of each new pack, they will not only have a new piece of the collectable puzzle, but they will also find a QR code on the inside of this piece that can be used to unblock one of the 15 Essentials that make up the game.

Continuing with varieties, the company is still on the track to extend its seedless catalogue and in 2019 it will have seven new Apirena varieties. This group now makes up 90% of its production, with the remaining 10% being comprised of seeded grapes.

For the first time in July, the group of Candies, belonging to the company IFG, were harvested and marketed. The five varieties are: Candy Snaps, Candy Drops, Candy Hearts, Candy Dreams and Candy Crunch, which are their five most exotic Essentials. The first three are pink varieties, whilst Candy Dreams and Candy Crunch are black grape varieties. Additionally, they have also harvested Timpson and Allison, both belonging to SNFL’s variety programme.

Timpson is a seedless white grape, mid-season and with a Muscatel flavour, sweet and crunchy. On the other hand, Allison is a pink Apirena grape, sweet, firm, producing a large grape and with a late harvest. This variety will allow UvasDoce to reach the end of the calendar with a larger volume than in previous years.