An alliance between Cesurca and Espárragos de Granada 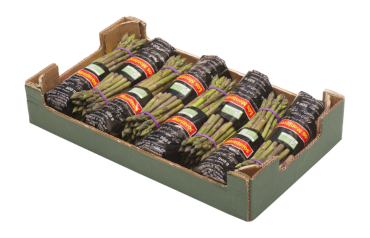 The two companies are coming to Fruit Attraction together, after signing a trade agreement

At this edition, Cesurca is coming to Ifema accompanied by its new business partner, Espárragos de Granada, with which it has started an alliance that was made official in February and with which they intend to create a great project around asparagus. For the chairman of Cesurca, Antonio Francisco Zamora, it is “the ideal partner.” The agreement confirms the commitment by both companies for union, in a sector which, although it leads the European production, is fragmented. “Although we have the largest production area of green asparagus in Spain, there are still many smallholders. We want to generate synergies to prevent market distortions and to be able to guarantee service, carry out a greater investment in R&D, develop new products…” All of this in order to continue responding to the requirements of the large retail sector.

In this campaign, Cesurca and Espárragos de Granada, along with farmers from Guadalajara, will market 9,103 t of green, purple and PGI asparagus produced on a surface area of 1,546 ha, extending the campaign by 20 days with the addition of the producers from La Mancha. The growth in ecological crops is also worth mentioning, with a forecast of 30,000 kg and prospects of tripling the volume in 2022, after the start up of 30 ha that have been converted.

In 2022, Cesurca will take another step in its growth strategy with an investment of 1.7 million € to implement a line of frozen asparagus. “We have the advantage of proximity to the EU market, along with that of having healthy produce, without any heavy metals,” unlike other sources.

This year, Cesurca has obtained the IFS Spring, which certifies savings in water consumption. Other sustainable actions  involve the installation of photovoltaic equipment for self-consumption and the commitment to compostable packaging for several production lines, with a saving of 50 t of plastic/year.

Furthermore, the Interprofessional Association  ‘Espárrago Verde de España’ (Spanish Green Asparagus) will take its first steps towards making contact with Public Administrations, organisations and social agents to open up markets such as the USA. “We are going to support Spanish sourced consumption and to open up new markets, in a context where the EU large retailers opt more for Spanish produce compared to third countries,” affirms Zamora, the chairman of the Interprofessional Association.

PrevVegetables by Bayer, now bio too
INDUSER is launching SealLabel and a paper Bagging MachineNext
YOU COULD ALSO BE INTERESTED IN