Anticipation: the key to biological control 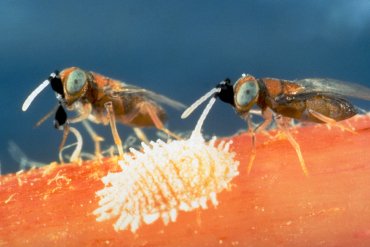 Koppert is emphasising the need to plan the control strategy, which must start long before the pests are visible.

The citrus fruit production surface area that trusts in biological control continues to grow in Spain, because there are increasingly fewer authorised chemical instruments and consumers prefer residue-free citrus fruits. Koppert is growing in all the production areas of Spain, particularly lemons. They are also having very good results both in mandarins and clementines, and in grapefruits and oranges, as Koppert’s biological control protocols adapt to any production model: ecological, conventional, zero residue and biodynamic. But good results from biological control are not always possible without knowing enough about the pests’ life cycle and without correctly handling the suitable times to carry out the natural enemy releases.

It must be emphasised that, opposed to what many farmers think, biological control does not have an immediate effect, on citrus fruits or on any other crop. Therefore, if this system is being implanted for Spanish citrus fruits, it is because a change in the producers’ mentality is occurring.

The success of biological control for citrus fruits depends on anticipation and planning, two concepts that are the foundations for all the work that has to be started up to keep pests at bay naturally and without leaving any residue, that is to say, with strategies based on selective natural enemy releases. This means that biological control must be started long before first seeing the pests.

For example, Cryptobug-L (Cryptolaemusmontrouzieri) releases must be started in the months of January and February for an effective control during the spring of different types of mealy bug. Another example is that in the first days of March, Spical Ulti Mite releases must be carried out to control red spider mites. “Some producers ask us why we release Spical at the beginning of March, when red spider mites don’t appear until June. The answer is very simple: Spical must start being released in April or March, because if they are released in June, when the pests are already infesting the crops, the biological control doesn’t have any effect and it will be a waste of money,” according to Juan Miguel Rodríguez, Citrus Manager at Koppert.

Koppert offers continuous advice for producers, particularly at the beginning of the process. “We know everything about the behaviour of each natural enemy and we know how to advise farmers about the best time to release them, because we also know the farm’s location and the specific conditions of this crop,” Rodríguez affirms, emphasising that it is very important to rely on professional advice.