Bejo is immersing itself in the ‘green’ world 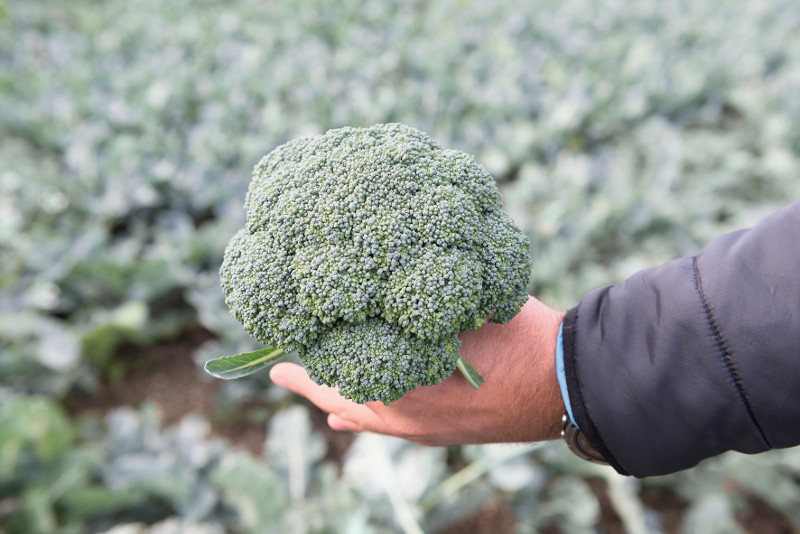 After the purchase of Agrisemen, Bejo is adapting leafy varieties that are very interesting for Murcia, added to its broccoli production

Bejo has extended its catalogue of brassicas with important new developments, adding materials in produce they already work with, such as broccoli, and opening up a new chapter of references with the incorporation of lettuces to its portfolio, a milestone that has been possible after the purchase of the company Agrisemen, 4 years ago.

In the broccoli segment, Bejo has launched two varieties, Delano and Covina. The first, for autumn productions with harvests in October and December, has a compact head, with fine grain and reaching a weight of 800 grams, which means it works very well in Northern Spain, particularly in the Ebro Valley. And thanks to its good behaviour with alternaria and powdery mildew, another of its main characteristics, the variety is also suitable for the main producing region, Murcia, for the autumn-winter period.

In the case of Covina, we are talking about a material for the end of spring, with harvests in April and May on the coast of Murcia, which can be harvested in Extremadura from March to May. Rafael de Vicente, head of Broccoli Development at Bejo, underlined the main value of this material: “its tolerance of high temperatures, without losing compactness.”

In ecological, a segment that Bejo works with from source (it produces its own seeds in its European installations, along with others in Australia and New Zealand), they have Batavia broccoli (autumn and spring harvests), along with Belstar (winter), two references from the over 150 that the company has amongst their different ‘eco’ products.

The El Aljibe Experimental Farm, in Murcia, is Bejo’s operational base for lettuces, where it is carrying out a programme that is both intense and extensive. “We started from zero and we are adapting the varieties that we acquired to the area’s cultivation conditions,” always taking into account the premises of top quality and resistance that allow us to position ourselves in this segment. Therefore, in iceberg they have materials that are resistant to powdery mildew and aphids and in Batavia, to fusarium, an important problem in Galicia and Portugal.

Óscar Peñalver, Lettuce Manager, tells us that this is the first commercial year for the iceberg variety 24094, which is drawing the attention of farmers due to its adaptation to the growing conditions at the beginning of the autumn for harvesting in mid winter. In Baby Leaf, the red Batavia Isabelita stands out, which is very resilient for winter sowing and with rapid growth in cold, damp conditions. The size, leaf-shape and colour of the lollo biondo Biondona make this variety a perfect option for Spanish farmers, since it also covers the entire production period. Solos, a triple red lollo, retains the size with a deep colour and is very productive. And, finally, in trocadero, Megis and Antedis, the latest variety, stand out, developed for winter crops and recommended for processing due to the ease of removing its leaves with a few cuts and its level of compactness, not too high, making handling easier.