“The demand for eco seeds is rising by 5%” 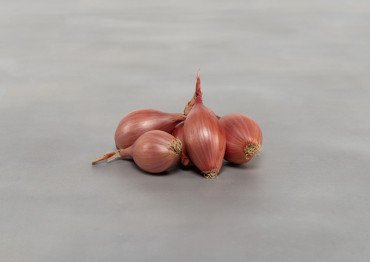 Bejo has experienced a boost in sales of 100% ecological seeds. An upturn that could be linked to an increased concern about health.

The seed company has been working with ecological seeds for over 20 years and today, its portfolio includes 192 varieties of 40 different crops. Its most important reference is brassicas (cauliflowers, pointed cabbages, Milan greens, kale…), but it is also introducing new eco varieties of leek; lettuces such as the lollo (a range that the company started to reinforce a few years ago), and amongst the most recent ones are beans. “There are areas in Andalusia where the crop is already reasonably implanted and we are also seeing a rising interest in bio pointed cabbages, both for fresh produce and for convenience food, although in this case, mainly for export,” points out Feliu Cusidó, head of ecological sales at Bejo.

Although over 85% of the Spanish production goes to the export market, bio produce is gradually making a niche for itself amongst Spanish consumers, and this year, with the pandemic, awareness about a healthy diet has increased. It has probably been one of the reasons for the rise in demand for eco seeds, which in Bejo is of around 5% compared to the previous year. The 2035 deadline set by the EU for ecological producers to use 100% ecological seeds should also not be forgotten. “In seeds for tomatoes, cucumbers…. the amount of derogations that are being made in order to be able to purchase seeds without any chemical treatment instead of eco is incredible. We believe in the use of 100% ecological seeds. Also, to be able to continue innovating, a demand is needed from farmers. Otherwise, 2035 will arrive and what is going to happen?”

Cusidó also underscores a reality that is becoming consolidated: “There are already supermarkets and important chains that demand more traceability and they are asking for ecological products to be 100% eco from the very beginning (the seed). Great care should be taken with this because Spain is one of the top bio exporters in the EU.”

At Bejo, they have been working on this concept for many years, seeking out varieties to be able to cover the future demand. This is the case of onions, a very important product in Spain and one of the most significant ones on Bejo’s catalogue. “Important onion producers are jumping on the bio bandwagon, an area in expansion. We already have materials available in eco and we are going to develop varieties that are better adapted to our territory. Additionally, a new development that could be available soon in an eco version is the shallot, Innovator, the first seed resistant to downy mildew.

The green bean line is also worth mentioning, a relatively new product for the company. At present, new varieties are being developed in both conventional and ecological, and they are marketing Sidonia and Estefanía, without any chemical treatment, although in a few years’ time they plan to also offer it in a 100% eco version.