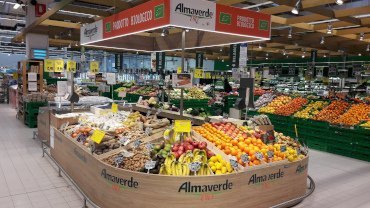 The company from the Apofruit group, one of the benchmark companies in ecological farming in Europe, is taking a step further in its commitment to ‘green’ farming with the creation of the Verdèa project, in collaboration with Coop Sole, Op Terra di Bari and the Cooperative SFT de Trento. The initiative will be developed on several levels. On the one hand, it includes a private certification in biodynamics, in this way streamlining the procedures that can take years with other operators. In order to achieve this, companies have to accredit that they follow a specific protocol to the Management Committee and there is an independent body that will carry out the relevant inspections.

Additionally, Verdèa will be used both as a commercial brand and as a quality stamp for the companies who want to use it as such and that have previously obtained approval, that is to say, the certificate.

At first, the companies associated with Canova with experience in biodynamics will be able to join the project and, later on, the possibility of this opening up to other companies in Italy in the future has not been ruled out. And the fact is that, although it is still a niche market that is mainly sold in specialised shops, the Marketing Manager at Canova, Paolo Pari, affirms that this type of farming is attracting the attention of the European distribution chains. To begin with, retailers opted for ecological crops and, little by little, they are trying to do the same with the method fostered by Rudolf Steiner in 1924. An important example of this is Edeka.

In the case of the Canova group, the chairman himself, Massimo Biondi, was one of the pioneers in biodynamics in Italy more than 15 years ago. A close relationship that shows the company’s commitment to a holistic philosophy that gives priority to sustainability and the synergies between the different agents from Nature itself. This starting point, along with the interest shown by partner farmers in the group, was behind the creation of Verdèa to generate synergies and to create added value for their produce.

Currently, biodynamic farming covers 2 million hectares of surface area globally, with particular relevance in Germany, where a third of the total production is concentrated. This segment moves around 280 million euros in Europe and this figure could grow to 400 million by 2020.

The ‘Islas’ are multiplying

The ‘Islas Alma Verde Bio’ project continues growing and this summer 3 new points of sale will be added in Italy. This successful format that has already been implanted in 13 points of sale with direct management by Alma Verde Bio (the group to which Canova belongs), has managed to double its ecological fruit and vegetable sales in the supermarkets where it is present, reaching 10% of fruit and vegetable sales. The key lies in a strategy based on the identification and added value of the produce, a wide range (with many products sold loose or prepared), and on the personalised, specialised attention of the staff who serve and advise the end consumers.