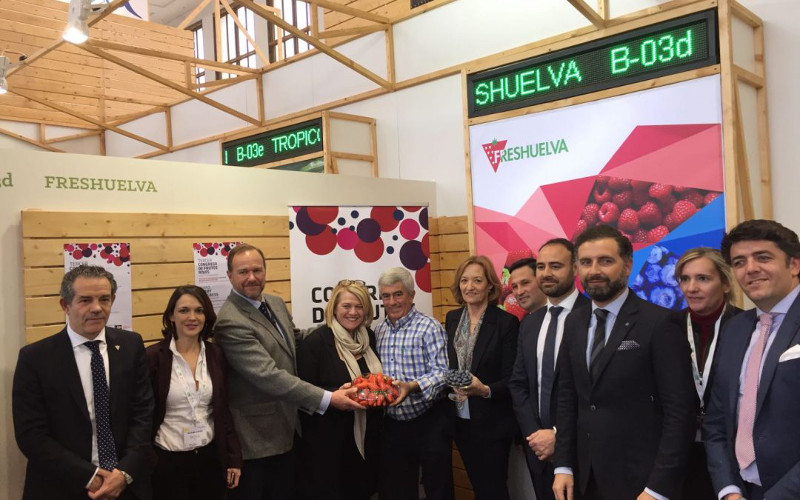 The Asociación Onubense de Exportadores y Productores de Fresas y Frutos Rojos (Association of Exporters and Producers of Strawberries and Red Berries of Huelva), Freshuelva, as the 11 member companies that form it (Grufesa, Plus Berries, Doñana 1998, Onubafruit, Surexport, Euroberry, Interterra SAT, Frutas Esther, Special Fruit, Driscoll’s and FresRoyal), will have a stand where it will display the berries from the province. Its goals are: continuing to work on international promotion of the red berries from the province of Huelva, the consolidation and search for lines of marketing and opening up new markets present at the fair, such as those of Northern Europe, Asia or the ones in the countries belonging to the Middle East.

The fair’s hall 18 will house Freshuelva’s stand B-02C, where the association will develop a full work agenda, starting on the first day with the presentation of the new developments of the Fourth Congress of Red Berries, which will be held in Huelva on the 20th and the 21st of June of this year, where the event’s international nature will be consolidated and its content will be advanced in Berlin