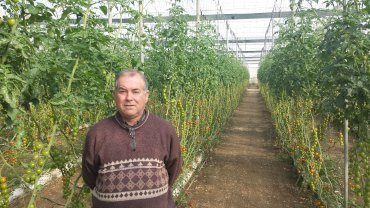 During this campaign Coprohníjar predicts a 10% increase in large watermelons at the expense of the smaller ones.

Between weeks 15 and 16, producers from Almeria have started to cut the first national watermelons. This year’s campaign started up in the middle of the uncertainty generated by the Covid-19 crisis, but with the land already planted, the room for manoeuvre has been virtually non-existent in Almeria. “At the moment, there is little we can do. We can only work on carrying out a successful harvest and wait to see what happens,” the chairman of Coprohníjar, Juan Segura, commented to Fruit Today.

This year, the company from Almeria predicts an increase of between 5-10% in the volumes compared to last year; that is to say, around 15 million kilos on a surface area of almost 230 hectares of crops. This increase is accompanied by a change in the sizes. “There will be around 10% fewer mini watermelons, with this changing over to the larger sizes.”

Mini watermelons still have a reduced space on the national market. “For Spanish consumers, the possibility of buying cut watermelons is more attractive, therefore the trend has increased in recent years.” However, this idea could vary this year, as some chains such as Mercadona and Consum have stopped selling halves and quarters as a preventive measure during the confinement, with the subsequent drop in sales of imported watermelons.

Putting to one side this exceptional situation, which continues at the close of this edition, the farmers also prefer the larger sizes due to the yield they offer and added to this is the fact that the prices paid for the smaller sizes “were not feasible” in the 2019 campaign, as they were similar to the prices paid for large watermelons, meaning that producers have opted more for the ‘heavier’ fruits when planting.

The company continues with a stable production of ecological watermelons, on 50 ha. This produce is mainly sent to foreign markets.

At the same time, Coprohníjar is carrying out tests with cardboard and recyclable plastic in close collaboration with customers and suppliers.