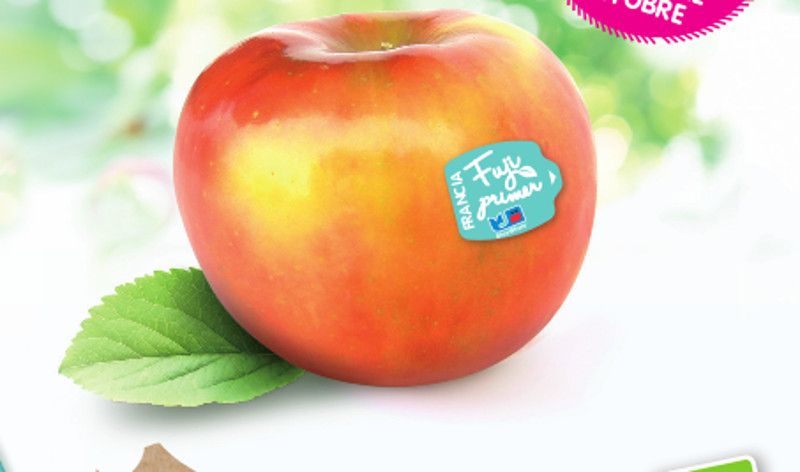 This is the second season in which the French company, Blue Whale is launching its early variety of Fuji, Fuji Primer® onto the Spanish market. For the French company, Spain is a historical market for Fuji, a destination that has known how to appreciate and value this variety.

Today, Blue Whale is proposing a product that is unique due to its marketing period, its placement and its flavour. Fuji Primer® is produced, mainly, in the Garonne Valley (France), which is how its surprisingly early harvest is obtained. This apple has a very high sugar level, over 14° brix. It is two-toned, ranging between pink and yellow, crunchy, not very acidic and juicy.

Fuji Primer® is only available for 5 weeks, from September until the end of October.

This year a potential volume of 2,800 tonnes of fruit with a perfect calibre are expected, more than last year, which reached 2,300 tonnes.

It is an easily recognised variety, thanks to its original blue packaging. This marketing campaign has advertising at the point of sale, handed out to customers, along with over 260 promotional activities and tastings.

After Fuji Primer® the standard striped Fuji and the plain Liliblue® come onto the markets, which are harvested in October.