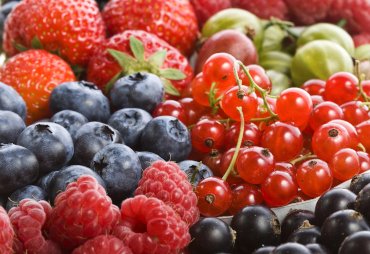 At the close of this edition, two aspects of vital importance for the Huelva berries sector continue being uncertain.

The strawberry campaign is starting in few weeks’ time and, in the middle of December, sufficient availability of labour continues to be up in the air. The first Moroccan seasonal workers will arrive little by little. Around 4,000 are predicted to arrive in January.

The administrative procedures for the recruitment quota at source from Morocco started on time and correctly, but, as of mid-December, the uncertain circumstances generated by the pandemic are keeping the sector on tenterhooks. “The first seasonal workers should arrive in January and we hope that will be the case. All of them will be guaranteed by a PCR test, in the same way as all other citizens entering Spanish territory,” explains Rafael Domínguez, manager of Freshuelva.

“In addition to the Moroccan workers, we hope to have labour from the EU area and it is likely that we will receive former employees from the tourism or catering sector,” Domínguez comments.

In any event, as an exporter comments, “the availability of labour is a subject that is making many of us lose sleep and it continues, campaign after campaign, because there are never enough workers.”

Furthermore, the final decisions in the negotiations with the United Kingdom could be crucial in the development of the 2020-21 campaign. Great Britain forms the third market in volume for the berries from Huelva which, without an explicit agreement between the parties, could have to pay 11% tariffs on strawberries and 9% on raspberries, bilberries and blackberries.

If this were to occur, it would cause serious damage to the sector as a whole, which would see its competitive edge reduced, and at the same time there could be a surplus of produce on the continental market.

During the transition period, which ends on the 31st of December, the United Kingdom has signed preferential agreements with third countries (from the Mediterranean and South America) which would bring produce to British soil with zero tariffs, a fact that puts the produce from Spain at a clear disadvantage.

Strawberries stabilised and bilberries on the rise

As has been happening in recent years, the strawberry crop has stabilised at around 6,000 hectares (specifically, this year a drop of 2% is being considered, which means around 6,105 hectares of crops),while bilberries will rise by 7.2% and reach 3,310. Raspberries have been affected most by the decrease with a 10% drop and a reduction of 300 hectares of production. Blackberry production remains stable at around 145 hectares.

Strawberries, the most important crop by far, is tending to increase its earliest plantations.

Regarding the diverging behaviour between bilberry and raspberry productions, sources from the sector explain that “the important competition from Morocco with raspberries is causing the production to become relocated and many Andalusian companies prefer to produce in the African country where there labour is plentiful and cheap. Bilberries from Huelva, however, continue being competitive.”

The incidence of the pandemic has been shown by an almost 6% drop in the export of red fruits compared to the previous campaign. However, the invoicing has been very similar, with a decrease of only 0.6%, due to the fact that the increase in invoicing for bilberries has risen by 14.3%, contrasting with the 3.7% drop in strawberries, the 6.63% in raspberries and the 40.7% in blackberries.

Freshuelva, along with Fepex and the Ministry, are moving forward in their consolidation of new markets outside Europe. Brazil could be the next expansion destination for Huelva’s bilberries after the visit made by Brazilian delegates to the province to see the farms in person.

From the infrastructures point of view, the port of Huelva, the largest in surface area in Spain, is making a great investment effort to improve its infrastructures and the roads and railways connecting it with its hinterland, thanks to an investment of over 120 million euros.

Prev“Our sector always offers work”
Kiwis Zespri™, quality and flavour all year longNext
YOU COULD ALSO BE INTERESTED IN