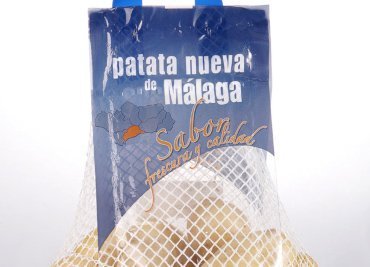 Once again, new potatoes from Malaga are reaching the supermarket shelves, although this has been affected by the country’s state of confinement.

This campaign, new potatoes from Malaga are arriving slightly later than their normal dates “because the demand for conservation potatoes has tripled in March and the priority, in an emergency situation, was to serve the supermarkets,” explains Pablo Jiménez, manager of Ibérica de Patatas.

The company from Madrid is the main marketer of this early potato. “We have been affected by the weather conditions, which have meant the harvest was delayed for a few days. This harvest is estimated at around 500,000 kilos, compared to the 600,000 produced during the previous campaign.”

The produce from Malaga is characterised by its very thin skin, which can be easily scraped and when frying, the colour is less yellow and it maintains a very crunchy texture; characteristics that distinguish it very well from conservation potatoes.

Ibérica de Patatas forms part of the group of companies committed to the Amandine Project, which saw the light of day last year at Fruit Attraction. The product already is present in half a dozen Spanish supermarkets. “Amandine has not appeared in the right year, because right now potatoes in larger formats are taking priority and Amandine is only available in one and a half kilo packets. In any event, I think that when everything gets back to normal, it will be a potato that will make a name for itself.”

The company continues with two-figure growth rate in its commitment to local and seasonal potatoes with `Patatas de Madrid´, its Especial Castiza brand, endorsed with the M of a Product Certified by the Community of Madrid. This Madrilenian produce is available from the end of June to October.

The closure of restaurants and communities has also had an impact on a company that dedicates almost 7 million kilos to this segment. “We have not been able to evaluate it yet, but we hope that the closure of this category will be compensated by the continuing high demand for fresh produce.”

In view of the uncertain situation our society is experiencing and the economic future, Jiménez affirms that “although potatoes are one of the perishable goods that suffer least in an economic crisis (in 2009 and 2010 there was a rise in consumption), ideally, consumers should consider them not only as basic products, but rather as an essential part of their diet.”