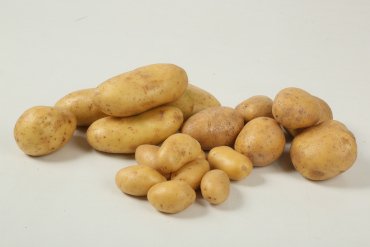 Spanish potato operators are undergoing an expansion aimed at reinventing the business.

Technological investment and an increase in the storage and warehouse capacity have become an ongoing occurrence. Export and a new orientation towards working with national producers are some of the opportunities for the future.

Along this route, the companies that are well-connected with the large retailers have won the battle.

In Castilla y León, the main producing region, the development of Patatas Meléndez, a European reference, stands out. This year, it has made an investment of 4 million Euros in installing new technological processes at the current plant. The purchase of Integral Potato meant another payment of around 2 million Euros. And in order to cover the demand from other channels, a few months ago the wholesaler opened its first stands in Mercamadrid.

Its future considerations include becoming a reference in the packaging world in terms of efficiency and quality. The new development plans are materialised in a 15 million euro investment plan that will be used to extend the current premises by 21,000 m² and to double the production capacity. All of this is planned for the end of 2021.

Another company from Leon, Hijos de José Luis Gómez (Hijolusa), is keeping up its annual investment plans of around 2.5 million that started in March 2016. It is a 4.0 totally digitalised company, with orders that are launched from the control office and are circulated throughout the plant, where it is every easy to follow product traceability.

In the Basque Country it is the cooperative group Udapa, with head offices in Vitoria, that stands out. In October 2019, it opened a new extension of its factory with around 14,000 m² and an important cold storage capacity (15,000 tm). The company’s geographical position makes it perfect to be the first operator that can export to Europe due to its proximity to the French border. The company has prepared 2 strategic plans, one for 2024 and the other for 2030, with the aim of boosting production, particularly local production.

In the Valencian Community, the company Vicente Aguilar has carried out important technological innovations, as well as a significant extension of its central plant and the start-up of four new stands in the wholesale market of Mercavalencia. The company will invest another 4 million Euros over the next few years, where robotics will play an important role.

In Alicante, Patatas Beltrán, the company closest to produce source, is redirecting its technological investments towards the fields, with these being implanted year after year.

At Mercabarna, the packaging companies are not being left behind due to their modernisation and efficiency, amongst which Torribas and El Zamorano may be highlighted.