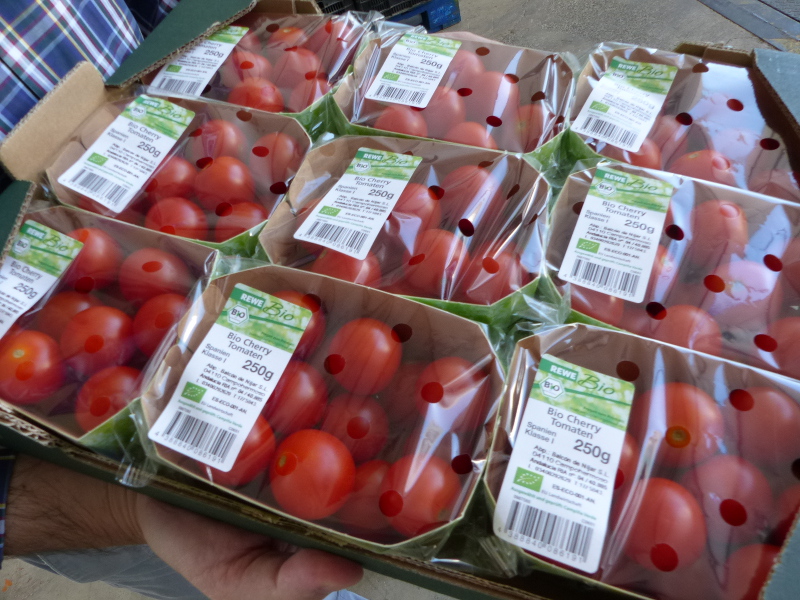 Balcón de Níjar is closing the campaign with a good balance, but without taking its eyes off EU producers and conventional companies that have jumped onto the ecological bandwagon

Up to now the main ‘threat’ for tomatoes has been Morocco in conventional crops, by dropping the prices and dragging down the bio prices, but there is an increase in the origins that are becoming committed to the production, drawn by the great demand for produce which, in spite of the ups and downs in the prices, is essential in the shopping baskets of any country. The latest in stepping on the gas for these crops have been Holland, Germany and to a lesser extent, the Nordic countries, which this year have increased their ecological cherry tomato productions to the point of upsetting the supply in May and the beginning of June. Therefore, producers specialising in ecological cherry tomatoes such as Balcón de Níjar, have gone from closing a campaign that was forecast as “extraordinary to simply good”. Specifically, the average prices that were expected to be obtained once the productions from the high regions had finished would mean an increase of between 20-25% more than in 2016, but with 20% less production.

“In the medium term, this segment is not going to be as profitable. Mixed companies will lead the way in the evolution of the eco sector”, the manager, David Caparrós affirms. And the truth is that the increase in European competition has been added to the national growth, through large cooperatives and producer companies of conventional crops that have jumped on the ‘eco’ bandwagon to supply their main customers, the large retail chains. These supermarkets “are looking for prices that do not even cover the production costs, establishing aggressive policies”, trying to attract consumers, who are eager for healthy produce.

In order to differentiate itself, Balcón de Níjar continues to be committed to quality and to the know-how that has led it obtaining footholds on markets such as Germany, Holland and Scandinavia. In the latter region, their market is growing considerably, to the point of taking over from their other main destinations: France and the United Kingdom.

This year the company has marketed over 3 million kg of cherry tomatoes, mainly round (75%), followed by pear (15%) and vine (10%). As a new development, they have incorporated large vine tomatoes, devoting around 4 hectares of the 43 they have to serve mixed pallets to customers requesting them. And to a lesser degree, they have crop rotations such as peas or watermelons.

Amongst the company’s new developments is its investment in a solar tower that allows it to obtain a large part of the energy it uses in its installations in a clean, environmentally-friendly way. And on a management and operational level, they have purchased an optical calibrator from Unitec with high resolution cameras to separate defective produce and to calibrate it in terms of the size. A budget of almost € 500,000 has been earmarked for these two projects.